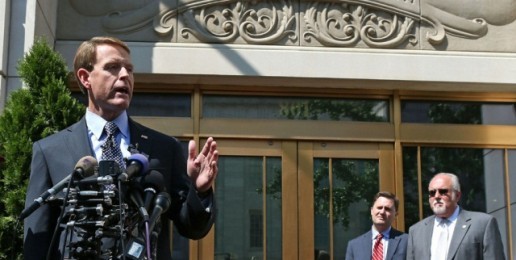 Wednesday morning at the offices of the Family Research Council (FRC) in Washington D.C., a man entered the building and made remarks about “not liking FRC’s politics.” An FRC security guard, Leo Johnson, took interest in the man’s intentions for being in the building, at which point the man retrieved a pistol from his backpack and shot several rounds at the guard. Johnson was wounded in the arm but subdued the suspect and wrestled away his gun, and another guard held him until police arrived.

According to the FBI’s report, the alleged gunman, Floyd Corkins II of Herndon, VA, was carrying a backpack with an additional 50 rounds of ammunition, and 15 Chick-fil-A sandwiches. Other media reports claim that Corkins is a volunteer at a Lesbian, Gay, Bisexual, and Transgender clinic.

Family Research Council issued an early statement praising Leo Johnson for his quick actions and bravery, stating that his recovery was the organization’s highest concern, and thanking people around the world for their encouragement and prayers.

Please continue your prayers to God for Leo Johnson, the employees and families of FRC, and the Corkins family, and offer up praise for the response of FRC’s security team and the DC police force.

The Time for School Choice Is Past Due

All 9 Months and Beyond: Let’s Be Truly Pro-Life
b
a
x
r