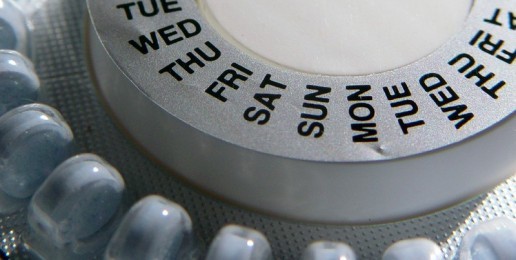 Watching Rick Santorum during the Arizona debate reminded me of my trips to the grocery store with my eight children in tow. Having a large, Catholic family in today’s liberal, sexually revolutionized world makes you a target for evangelization by the Left. While shopping, I am stopped several times by people who want to know if they are all mine, are part of a daycare, or if they are all from the same father. That last question is my favorite. The inquisition usually ends with cute, didactic comments like “You know there are ways of preventing that.” or, “Maybe you should tell your husband to get a hobby.” It’s always great to have your sex life examined by smug, pseudo intellectual strangers in front of your children. I’ve thought about carrying around a resume with my B.A. degree colored over in yellow highlighter to prove that I’m not a total idiot — but I wouldn’t want to seem rude.

Santorum has been drug into a similar situation. He is being portrayed as a Neanderthal, Taliban wannabe, hell bent on ripping birth control away from poor, oppressed women across the globe. The insinuation is that without the birth control pill, women everywhere would be forced to bear countless children while chained to their ovens.  Birth control believers, now whipped into a stiff peak frenzy, are rendered incapable of hearing any other position put forth by Santorum.  He is a heretic.  He has denied the Left’s belief in the Sacrament of Birth Control.  He has sinned against Women’s Health and the Commandments of their collective Rights.

The conclusion is that the sexual revolution was the greatest victory ever won by women and right minded men. Let’s examine the facts. The birth control pill was the brain child and fondest wish of Planned Parenthood’s racist founder, Margaret Sanger. She wanted to find a “magic pill” that had the power to make parasitic babies go away. Due to her belief in eugenics, what she wanted most was to prevent the proliferation of  black babies but realized how controversial this would be to the American public. Proof of this secret “plan” is revealed in a letter that she wrote Dr. Clarence Gamble, heir to the Proctor and Gamble fortune, in December of 1939.

“We should hire three or four colored ministers, preferably with social-service backgrounds, and with engaging personalities. The most successful educational approach to the Negro is through a religious appeal. We don’t want the word to go out that we want to exterminate the Negro population. And the minister is the man who can straighten out that idea if it ever occurs to any of their more rebellious members.” (Woman’s Body, Woman’s Right: A Social History of Birth Control in America. New York: Grossman Publishers, 1976.)

Margaret’s dream of a magic pill eluded her until she met Dr. Gregory Pincus. He was referred to as “Dr. Frankenstein” because of his successful in-vitro fertilization experiments on rabbits. He was vilified for making some of the nightmare science fiction scenarios imagined in “Brave New World”  a scientific reality. Sanger procured funding for Pincus to begin development of the pill.  In 1956, the birth control pill, under the name Enovid, was submitted for trials.

By 1964, a quarter of all American couples were using the pill. Today, according to the CDC, 98 percent of women of childbearing age use birth control with 64 percent choosing the pill. While these statistics come as no shock to most, there is some lesser known information about the pill that might. Did you know that the pill prevents pregnancy in three ways? According to  The Physician’s Desk Reference, hormonal contraceptives:

If this bit of information is not enough to rouse your concern, how about the fact that the birth control pill is listed by the World Health Organization as a class one carcinogen.  Moreover, an article titled, Birth Control Leading Carcinogen by J. Benkovic, exposes the fact that the pill is linked to a 660 percent increase in breast cancer. Wow, do you think that the Susan G. Komen Foundation knows about this? Let’s all take a moment to engage in some facetious wondering.

Why is there a blackout of information regarding the truth about the pill? Could it be that the proponents of birth control care less about “women’s health” and more about population control or dare I say it…control in general? The collective “We” seem to be slipping back into a central controlled master/servant class. Albeit today it is less about the haves and have-nots and more about the know-it-alls and the know-nothings. The pill, which promised freedom and equality to women, has proven to be the gateway drug leading to progressive Liberalism.

The Catholic Church had it right when it spoke out against artificial birth control in the 1968 Papal Encyclical titled “Humanae Vitae”.  An article from Business Insider titled Time To Admit It: The Church Has Always Been Right On Birth Control summarizes the issue best.  Authors Micheal Dougherty and Pascal Gobry wrote the following on the Pope Paul VI ‘s warnings.  He warned of four results if the widespread use of contraceptives was accepted:

Does that sound familiar?

Because it sure sounds like what’s been happening for the past 40 years.

Planned Parenthood has expanded from a birth control provider into the nation’s largest abortion provider. The Center for Bio-Ethical Reform reports that approximately 3,700 abortions are performed in America each day. This is an unbelievable holocaust and for what?  Are women really better off than they were before the pill? Is having a job outside of the home really superior to raising a family?

The objective reality of the situation is that women are forced to spend a large portion of their salaries paying for twenty year old college girls to raise their kids at daycare. And guess what, most of these women, after working an eight hour shift at their dream job, still go home and clean and cook dinner anyway. Maybe they can go paint Tom Sawyers fence when they get some free time.

Rick Santorum is just one in a long list of politicians who have been crucified for daring to speak out on moral truths. Any candidate who adheres to basic moral norms is deemed things like “crazy”, “right wing” or “unelectable.” Remember Sarah Palin? How about Pat Buchanan? It is time to stop killing the messengers.

America, much like the Titanic, was once thought to be indestructible. Our ship is on a collision course with an  iceburg of fiscal and social problems charted by Liberal elites like Barak Obama and George Bush. As we head nearer to our destruction, the Progressive left has proven that the only means of salvation that they have to offer us is a sacramental birth control pill. There is still a chance to avoid catastrophe. We must acknowledge Liberalism as the real opiate of the people and throw it’s dealers overboard before we go down with them.