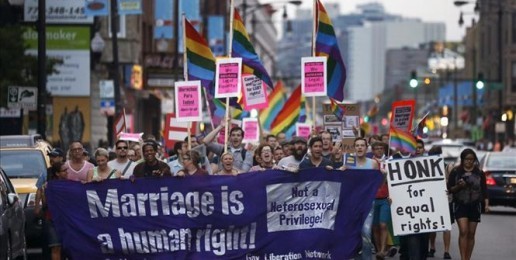 Test Cases for the Freedoms of Religion and Conscience
Written By Dr. Michael L. Brown   |   09.06.13
PRINT

Already in April, 2009, an article in the Washington Post documented how, “Faith organizations and individuals who view homosexuality as sinful and refuse to provide services to gay people are losing a growing number of legal battles that they say are costing them their religious freedom.”

This was confirmed by Georgetown Law Professor Chai Feldblum, appointed by President Obama to serve on the U.S. Equal Employment Opportunity Commission and herself an out and proud lesbian, when she remarked that when religious liberty and sexual liberty conflict, “I’m having a hard time coming up with any case in which religious liberty should win.”

Recent court cases have further confirmed Feldblum’s views, and it is now the Attorneys General in different states who are leading the charge against Christian-owned businesses that refuse to provide floral arrangements or bake cakes or do photography for same-sex wedding ceremonies because of their religious convictions. (Bear in mind that these companies always served the LGBT community, and some of them had LGBT employees; their issue was providing services for a ceremony that violated their consciences and religious beliefs.)

Many people now have the opinion that “you can’t discriminate in the public square,” meaning that freedoms of speech, conscience, and religion do not carry over to public businesses, a position that the ACLU plans to pursue aggressively, declaring war on religious exemptions.

But this argument cuts both ways, and those advocating against the right for a business to adhere to certain religious principles or matters of conscience also need to consider the following scenarios. (The first two were suggested to me on my Facebook page by a young man who preaches on the streets and on college campuses.)

1. What if I asked a gay-owned t-shirt shop to make me a street preaching shirt that said, “It is not OK to be Gay.” If he declined, would that be discrimination based upon my religious beliefs? (Or, what if he was asked to print up t-shirts quoting Leviticus 18:22, stating that it is an abomination for a man to lie with a man, supplemented by a picture of two men holding hands with a red slash symbolizing “No” running across the picture?)

2. What if I was hosting a street preacher conference and we were going out on campus, preaching against homosexuality, and I asked a gay photographer to come along and take photos for us for my ministry. If he said no, would that be discrimination based upon my religious beliefs?

3. What if the organizers of an ex-gay conference asked a gay-owned printing shop to print up flyers and posters announcing the conference and proclaiming, “You don’t have to be gay”? If they refused, would they be guilty of discrimination, thereby breaking the law?

4. What if a psychologist who helped her clients overcome unwanted same-sex attractions asked a gay-owned website designer to help increase her web presence with a new website announcing the success of her practice and with an aggressive SEO (search engine optimization) campaign? If the company refused to do business with her, should they be codified as bigots and prosecuted by the law?

5. An Orthodox Jewish videography company is asked to record a Jews for Jesus outreach event with the express purpose of using the video tape to raise funds for Jews for Jesus. Should the Orthodox Jewish videographer be required to video the event and professionally edit the tape? Should the Attorney General take this videographer to court for refusal to comply based on religious convictions?

6. An Orthodox Jewish caterer is asked to prepare steak and chicken dishes for a large wedding, sharing the kitchen with another caterer who will be preparing shrimp, lobster, and pork dishes, in direct violation of the requirements of Jewish law. Should the caterer be allowed to opt out?

7. A devout Muslim photographer is asked to cover the dedication of a new Hindu temple, with the goal of preparing a photo display celebrating the beautiful statue of Krishna imported from India. Should the Muslim be required to violate his monotheistic beliefs in the service of idolatry?

8. A custom car painting company owned by conservative Christians is asked to paint the sides of a van with sensual images of scantily clad women posed in compromising positions and with mild obscenities surrounding the images. Should this company be taken to court if they refuse to paint the van based on their religious beliefs? If so, is there any custom paint job they could be allowed to decline?

9. A printing shop owned and run by born-again Christians is asked by Satanists to print up flyers inviting people in the neighborhood to attend their rally called, “God is dead, Satan rules.” On the back of the flyers, the text reads, “Only a fool would believe the Bible.” Can the Satanists rightly take the Christian company to court for declining their business?

And on and it goes. I for one have no problem saying that in each of these cases, the owners should be allowed to say no to the potential business because of their religious or moral convictions.

What do you say?

This article first appeared at the Townhall.com blog. You can see the original article and comments HERE.