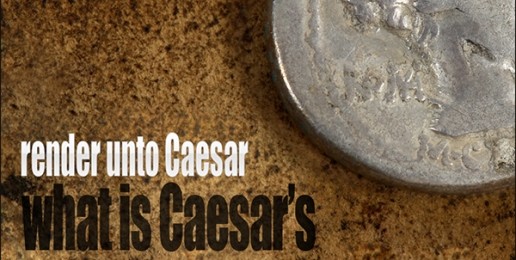 Render Unto Caesar or Unto God? Government Funding and the Crisis of Conscience
Written By Dr. R. Albert Mohler Jr.   |   11.12.13
PRINT

Religion that is pure and undefiled before God, the Father, is this: to visit orphans and widows in their affliction, and to keep oneself unstained from the world. ~James 1:27

Back in 1869, Baptists in Kentucky established a “Home for the Helpless,” seeking to serve orphans and other homeless children. Like so many other Christian churches and denominations of the era, Louisville’s Baptists saw the need for an orphanage to provide care for parentless and abandoned children, who before the establishment of orphanages were housed with adults in almshouses. The Home for the Helpless became the Louisville Baptist Orphans Home, and its charter established its mission to serve “orphan and destitute children.”

That pledge is now very much in question as reports indicate that the ministry, now renamed Sunrise Children’s Services, is poised to change its hiring policies to remove any barrier to homosexuals and lesbians working as employees of the ministry.

The proposal came to light as the Western Recorder, the Kentucky Baptist newspaper, reported that the Sunrise board had discussed the matter in a specially called meeting held in August. That news, which stunned Kentucky Baptists, came after years of assurances from the ministry and its president, Bill Smithwick, that current hiring policies would remain in place. As the paper reported, “Up to now, Smithwick has consistently told the KBC mission board and convention messengers that Sunrise would continue defending its right to discriminate based on sexual orientation in on-going lawsuits.” Those lawsuits include an action filed by a lesbian worker who was terminated in 1998. That lawsuit was dismissed by the courts, but the terminated employee later filed a legal challenge to state funding of any institution that teaches religious beliefs. The State of Kentucky agreed to a settlement in the case, but Sunrise refused to accept the settlement, according to the Western Recorder.

Subsequently, Kentucky Baptist leaders learned that  Smithwick’s August presentation to the Sunrise board had explicitly called for the employment policy to be changed. Smithwick set out several options for the board, making clear that retaining the policy would require the termination of additional employees. In turn, he warned that Sunrise would likely lose major secular funding sources in the business community, suffer further adverse publicity, “and close our doors.” He also told the board that he expects the federal government to mandate the employment of homosexuals in the future, and probably the near future. This is premised on the fact that Sunrise receives millions of dollars each year in government funding.

Smithwick then set out a second option whereby Sunrise would “tough it out until the Federal Government mandates employment of homosexuals” and “then change our employment practices after losing years of time and money spent to build our brand.”

Lastly, Smithwick proposed a third option: “Change our employment practice.” He declared that Sunrise “is not a church, or a religious institution” and argued that the organization cannot operate at current levels without government funds. Then, after arguing that Sunrise is not a religious institution, he assured the board that, even if the policies are changed, Sunrise would “continue to share the Gospel through Bible studies, worship attendance, etc. to residents and staff.”

Included in Smithwick’s argument was his personal statement that he would “rather homosexuals see the love of God through us than be denied employment by us.” He closed by offering the strange analogy of a missionary serving in Iran who wore a head covering out of respect for Muslims, apparently missing the point that no biblical command or biblical teaching is violated by wearing a head covering.

Kentucky Baptists were not alone in their shock over the Sunrise proposal. An attorney who had represented the terminated lesbian employee toldThe Courier-Journal (Louisville), “This is very surprising. They were very adamant that they wouldn’t hire gays and lesbians.” He is right, they wereadamant about the matter and, at least until the board votes later this week on Smithwick’s proposal, they still are—at least officially.

All that can change in short order. Bill Smithwick is absolutely right about one aspect of this matter: there is every likelihood that governmental coercion on these issues is coming. The Employment Non-Discrimination Act (ENDA) is expected to pass in the U.S. Senate in coming days, and the Obama Administration has threatened to accomplish much the same by executive order. It is hard to imagine how an entity that describes itself as “not a church or a religious institution” can claim an exemption under such a legal mandate.

There is truth in the claim that Sunrise Children’s Services, along with thousands of similar organizations and institutions, will have to face a hard choice: serve Caesar or serve God. This becomes inevitable once an entity becomes dependent on financial support from the government. That is why Baptists have historically—and rightly—insisted on nonparticipation with government funding. Participation means dependency, as the financial situation of Sunrise Children’s Services makes clear. Smithwick told The Courier-Journal, “The Baptist support, totaling $1 million each year on a $27 million budget, is very much needed, but Sunrise cannot sustain itself without the partnership of state and federal and fundraising dollars.”

The choice faced by Sunrise, soon likely to be faced by a host of similar organizations, is to get smaller or get secular. The instant an organization takes government money it is transformed into an instrument of the state. What Caesar funds, Caesar controls. This is a hard lesson, and one likely soon to be learned by Christian institutions that have been taking government money and have grown dependent on those funds.

This will not end with children’s homes. A good many Christian colleges and universities have grown dependent on funds flowing through federal student aid programs and similar forms of government funding. What happens when they face a similar choice? The math will not work in their favor. A hard choice will have to be made, and we will soon see who will stand on conviction and who will act to save their funding.

The question does not stop with funding. Soon after Britain passed antidiscrimination legislation like ENDA, Christian adoption agencies were basically put out of business. They were given a choice to sever ties with their churches or go out of business. In Massachusetts, the legalization of same-sex marriage meant the end of the adoption work done by Catholic Charities, since they could not and would not violate their convictions. In Illinois, the work of Catholic Charities in foster care and adoption came to an end in 2011, and the admired organization gave up millions in government funding because they would not violate their convictions.

Illinois Governor Pat Quinn, himself a Catholic,  made the coercive power and intention of the state clear when he declared that a refusal to recognize same-sex civil unions as equivalent to heterosexual marriage for adoption and foster care: “They have a law in Illinois. It’s the civil unions law. I signed it into law. We’re not going back. Any organization that decides that because of the civil unions law that they won’t participate voluntarily in a program, that’s their choice.”

Some choice. In October of 2011 the state transferred more than 1,000 children from the care of Catholic Charities to secular agencies.

According to Baptist Press, only four or five of the 23 Baptist children’s homes associated with state Baptist conventions do not receive government funds. Bryant Millsaps, president of Tennessee Baptist Children’s Homes, told the news service that his agency had not accepted government monies in its 122 year history. And he explained why: Receiving government money is “almost like being dependent on a drug. You get hooked on it, and getting unhooked is very, very difficult. And in some cases it’s impossible.”

The board of directors of Sunrise Children’s Services faces a hard choice, but the choice is not just between several policy alternatives. They will decide to serve God or to serve Caesar. Paul Chitwood, executive director of the Kentucky Baptist Convention, urged Sunrise to step out in faith, even if it means losing massive funding. He urged the agency “to dramatically scale back its work in order to be faithful to Scripture and to model biblical values in front of hurting children.” As for Kentucky Baptists, they will find a way to serve children and keep their convictions, assures Chitwood: “Either way, I am confident Kentucky Baptists will always minister to hurting children and will do so through a ministry with biblical values.”

This article was originally posted at AlberMohler.com.