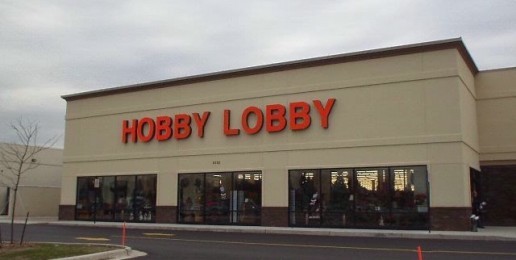 Under the mandate issued by Health and Human Services Secretary Kathleen Sebelius, virtually all health insurance policies issued in the United States must include coverage of any and all “contraceptives” approved by the Food and Drug Administration (FDA). This mandate requires coverage of drugs and devices that can destroy developing human embryos, including the abortifacient drugs Ella and Plan B, often marketed as so-called “emergency contraceptives.”

“The new government mandate requires that our family business provide what we believe are abortion-causing drugs as part of our health insurance,” says David Green, the chief executive officer of Hobby Lobby, Inc. “We choose not to cover drugs that might cause abortion, such as the morning-after pill or the week-after pill. We believe doing so might end a life after the moment of conception, something that is contrary to our most important beliefs.”

“It is by God’s grace and provision that Hobby Lobby has endured,” Green adds. “We seek to honor God by operating the company in a manner consistent with Biblical principles. We are being forced to choose between following the laws of the country that we love or maintaining the religious beliefs that have made our business successful and have supported thousands of our employees and their families.”

Hobby Lobby is the first major business owned by evangelical Christians to initiate litigation to block the contraceptive mandate. The company, which had its start in an Oklahoma City garage, now operates 500 stores in 41 states, employing 22,500 people. Hobby Lobby is one of the few retail chains which closes its stores on Sundays, to allow employees to enjoy a day of rest with their families.

Under the terms of the Obama Administration’s contraceptive mandate, Hobby Lobby faces fines of $1.3 million per day for refusing to comply with the contraceptive mandate. “We are required to make a choice between sacrificing our faith or paying millions of dollars in fines,” Green says. “The government is telling us we must choose which poison pill to swallow. We simply cannot abandon our religious beliefs to comply with this mandate.”

Nearly 30 lawsuits have been filed against the contraceptive and abortion drug mandate, which took effect on August 1st for all non-religious employers. Religious institutions other than churches, such as hospitals, colleges, and parachurch ministries, have until August 1st of 2013 to comply. Most of the lawsuits to date have been filed by Catholic dioceses and by Catholic and evangelical universities.

The Becket Fund for Religious Liberty has served as legal counsel for many of the above-named plaintiffs, and they are representing Hobby Lobby as well. “Washington politicians cannot force families to abandon their faith just to earn a living,” says Lori Windham, Becket Fund senior counsel. “Every American, including family business owners like the Greens, should be free to live and do business according to their religious beliefs.”

Liberal activists have announced a boycott of Hobby Lobby, launching a Facebook page to generate support. David Green is a poor choice for such a boycott. Green and his wife Barbara are major Christian philanthropists, and donate the majority of their wealth to charity. The company pays salaries to its starting full-time employees which are 80 percent above the minimum wage.

Please pray for and support Hobby Lobby and business owners like the Greens, who have the courage to put their faith into practice in the marketplace. Thank God for their willingness to take a stand on behalf of human life despite the financial consequences to them and their families.