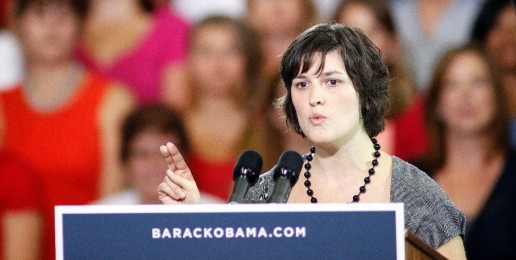 Following the recent Supreme Court decision in favor of the religious liberty of the owners of Hobby Lobby, there’s been a lot of handwringing, weeping, and gnashing of teeth over a mythical war on women that warrants a closer look.

This may shock those who believe that it takes a village to raise a child and to subsidize the frisky sexcapades of adult women, but Fluke’s employer has an ethical obligation only to pay her for services rendered. Fluke works; her employer compensates her with a paycheck. With her money, Fluke can make discretionary spending choices. If she can’t afford her first choice of contraceptive methods, she has several options:

When did the right to access contraception transmogrify into the right to compel others to pay for it? Since when is it a “right” to compel a closely held company (or the government for that matter) to pay for one’s birth control?

The “empowered” Sandra Flukes of the world get the vapors at the mere thought of having to pay  for the costs of their own volitional sexual activity. Apparently, empowerment to them means having the power to compel others to pay for what they do in the privacy of their bedrooms out of which they want people to stay.

Mandated Funding of Abortion Drugs
b
a
x
r