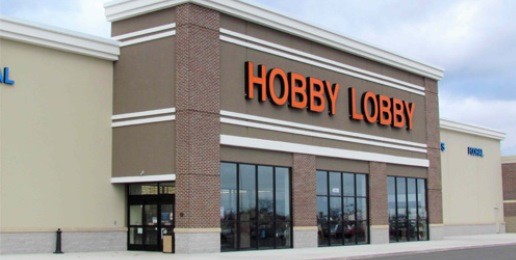 This week the U.S. Supreme Court hears a critically important religious freedom case. The Court will determine whether Hobby Lobby must provide contraceptive coverage to its employees, which would entail violating the religious beliefs of the company’s owners on a matter of no small import: the killing of the unborn.

Judy Waxman, a vice president of the National Women’s Law Center, asserts that “The key question is whether a corporation can have a religion.”

That strikes me as a dishonest framing of the question in that the “corporation” consists of individuals for whom their faith is central.

I would argue that the key question is whether the free exercise of religion protects the right of citizens to allow their faith to shape the means by which they make a living. The key question is whether an individual has the right to have their religious beliefs inform their livelihood decisions. Many Americans spend most of their waking hours working. For Christians, every aspect of life should be lived in submission to God and shaped by biblical truths. Christians should not lose their right to freely exercise their religion in all areas of life just because they have used their gifts and labor to create successful businesses.

The First Amendment does not merely protect the right of people of faith to freely exercise their religion within the confines of their churches. It protects the right of people of faith to exercise their religious convictions in all areas of life, not the least of which is our work. Shaping business decisions in accordance with one’s faith does not constitute a violation of the separation of church and state. Not subsidizing the provision of abortifacients to women does not constitute establishing a religion or imposing a religious practice on others. If the government declares that commerce is an area of life in which individuals have no right to exercise their religion, the First Amendment is gutted.

Take ACTION:  Our friends at the Pro-Life Action League are asking that we join the “Tweet Storm for Religious Freedom” from 8 a.m. to Noon.  People of faith across the country will be tweeting with the hashtag #ReligiousFreedomForAll during that time, when the Justices will be hearing oral arguments in this case.