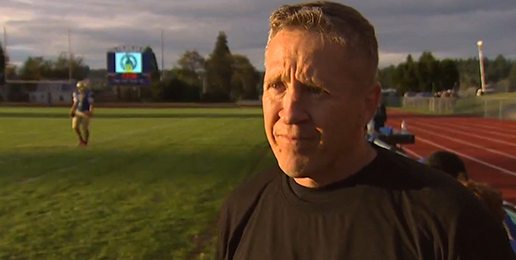 As sure as darkest night follows day, liberal legal eagles will start parsing legal language and cherry-picking precedents to explain why the Muslim case is soooo different and the result soooo constitutionally justifiable. But reasonable people using common sense and a dollop of wisdom know that spiritually blind people are doing what spiritually blind people have been doing since Adam and Eve made a really bad snack choice: rejecting truth.

This blindness has resulted too in the suspension of Bremerton High School football coach Joe Kennedy for praying on the football field after games. Meanwhile, gender-dysphoric, cross-dressing teachers like “Karen” Topham at Lake Forest High School or “Dane” Fox at Glenbrook North High School get to keep their jobs.

So in public schools today, the voluntary post-game prayers of a coach are wholly unacceptable, while the cross-dressing and cross-sex hormone-doping of gender-rejecting teachers is acceptable. 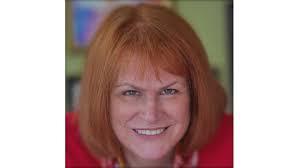 It’s even more outrageous, though. Public school faculty members and administrators actually expect students to lie. They expect students to refer to these gender-rejecting teachers by opposite-sex pronouns, something theologian John Piper has said Christians must not do. If Christian teachers and students in public schools truly want to be salt and light, they will refuse to refer to gender-rejecting students and teachers by opposite-sex pronouns.

Who would have thought we would come to a day when teachers—who are government employees and who used to be role models—would encourage students to reject God’s created order, reject reality, reject truth, and participate in deception?

First Amendment religious liberty and speech protections are under assault, and the target is orthodox Christianity. Don’t let the arrogant mockery of liberals dissuade you from publicly asserting this reality. Liberals, who have burnished their rhetorical weapon to a blinding glow, dismiss as outlandish and paranoid claims that Christians are increasingly persecuted in America. While Christians should “Count it all joy, my brothers, when you meet trials of various kinds,” (James 1:2), we should also remember that we are actually part of “We the people.” Our Christian forbears fought for the freedom to exercise their religion unencumbered by an oppressive government. Let’s not relinquish that freedom without a fight.