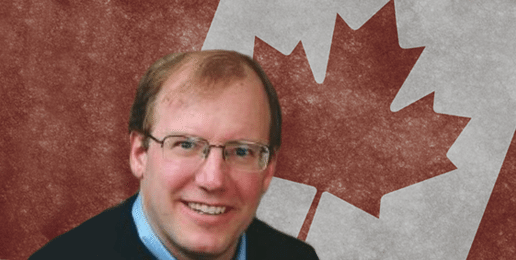 *** UPDATE: The hearing has concluded in Regina, Saskatchewan, and Peter LaBarbera will be permitted to remain in Canada to speak at a pro-life/pro-family values conference. Praise God, and thank you to everyone who prayed about Pete’s situation and who contacted Canadian authorities. ***

As of the writing of this plea, my good friend Peter LaBarbera, President of Americans for Truth about Homosexuality, awaits his appeal of the Canadian Border Services’ decision to prevent his entry into Canada for his alleged “hate crimes” against homosexuals.

Late last night Peter was briefly detained by the Canadian thought police who searched his luggage, computer, and phone and then released him until his appeal today at noon (Canadian time). I am pleading with Christians to contact and politely but firmly express their outrage at the detention of Peter at the Regina International Airport, Saskatchewan Airport last night and their effort to bar him from Canada.

Peter was invited to Canada by the Saskatchewan Pro-life Association to speak on the unholy alliance between the political movement to defend the “right” to destroy human life in utero and the movement to normalize sodomy and sodomitic relationships.

When Canadian homosexual despots heard that Peter was invited to their country, their panties got so wadded up around their heads they couldn’t think straight. That’s when they began their campaign to prevent Peter from entering the country. Yes, you heard that right. Anyone who holds and espouses unvarnished, uneuphemized biblical truth about homosexuality—not hate speech, but biblical truth—the Canadian government wants to stop at the border. Just try to say what St. Paul says in Romans, and it’s in the brig you go.

I knew virtually nothing about this noxious cultural effort until I started working at Deerfield High School. It was that experience, witnessing up close the nature and extent of censorship, intolerance, arrogance, and, indeed, hatred from the Left that transformed me into an accidental activist.

Then I met Pete and learned that what I had experienced at Deerfield High School was small potatoes compared to what Pete experiences from the most virulent and tyrannical political group operating in America today.

This is how those whose minds have been darkened by worshiping the bodies of those of the same sex work. They create, disseminate, and revel in pornography, promiscuity, and public displays of perversion, and then mock and revile Pete for collecting their filth as evidence of their perversity. They hurl this  epithet at Pete—not because they themselves find anything offensive about sodomitic porn—but in the hope of humiliating Pete into silence, marginalizing him from the Christian community, and hurting his family.

Pete is a hero to me. He is truly one of the most courageous men I personally know, enduring the vitriol, lies, threats, and bracing ugliness of the pro-homoerotic movement in order to awaken Christians to its threat to children, to families, and to First Amendment speech and religious rights.

Pete is a joyful, funny, compassionate, humble, whip-smart, serious Christian who desires that all come to know Jesus Christ—including those who vilify him. He deserves much more recognition, support, and appreciation from Christians than he receives. The machinations and lies of the Left have been effective in some Christian circles in marginalizing Pete. Those Christians should be ashamed.

I feel honored to have Pete as my friend.

As an aside, I wonder if Dan Savage, the homosexual man-boy who speaks so fecklessly about “integrity” and bullying while regularly spewing obscene hateful venom at orthodox Christians, would be allowed into Canada.

Please contact Chris Alexander, Minister of Education to express your outrage at Canada’s oppressive violation of speech and religious liberty through the banning of Peter LaBarbera: chris.alexander@parl.gc.ca.