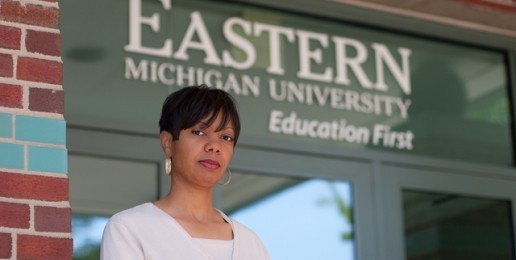 A Christian counseling student who was the subject of religious discrimination has won a major settlement against Eastern Michigan University.

University officials have agreed to pay Julea Ward $75,000, after having expelled her from the school’s graduate counseling program.

As part of her studies, Ward had been asked to counsel a homosexual client.  Ward sought to transfer the client to another counselor, saying she could not affirm the client’s behavior because of her religious beliefs.

Even though referrals are an accepted practice under the counseling profession’s code of ethics and had been recommended by her supervisor, academic officials fiercely attacked Ward’s position.

They informed Ward she would have to undergo a “remediation” program where she could “see the error of her ways” and alter her “belief system.”  When Ward held her ground, she was booted from the program.

“Public universities shouldn’t force students to violate their religious beliefs to get a degree,” says Jeremey Tedesco of Alliance Defending Freedom.  “We are pleased that Julea and her constitutionally protected rights have been vindicated.”

Ward had taken her case to federal court, where the 6th U.S. Circuit Court of Appeals ruled that she was entitled to a trial.  “Tolerance is a two-way street.  A reasonable jury could conclude that Ward’s professors ejected her from the program because of hostility to her speech and her faith,” the judges wrote.

You can read more about Julea Ward’s case HERE.