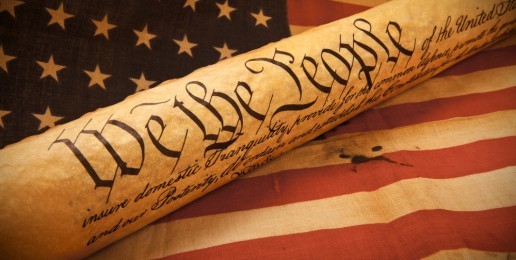 Over one hundred Catholic bishops and institutions across the nation have issued statements denouncing the Obama administration’s national requirement to include contraception in employees’ health benefits.  Bishop Thomas G. Doran of the Rockford Diocese issued a strongly worded statement urging parishes to stand up against what he calls an assault on religious liberty.

“The federal government, which claims to be ‘of, by and for the people,’ has just dealt a heavy blow to at least a quarter of those people — the Catholic population — and the millions more who are served by the Catholic faithful,” reads the letter, which is signed by Bishop Doran.

“We cannot — we will not — comply with this unjust law,” the statement said. “People of faith cannot be made second class citizens. We are already joined by our brothers and sisters of all faiths and many others of good will in this important effort to regain our religious freedom.”

Catholic Church teachings oppose contraceptive use.  According to Church teaching, suppressing fertility by using contraception denies part of the inherent meaning of married sexuality and does harm to the couple’s unity.

Doran’s letter reads “Unless the rule is overturned, we Catholics must be prepared either to violate our consciences, or drop health coverage for our employees (and suffer the penalties for doing so).”

While churches themselves are exempt from the law, religiously affiliated institutions, including non-profits, schools and hospitals, must comply by August 2013. On Jan. 20 the Department of Health and Human Services finalized a rule requiring “preventive care” insurance coverage for sterilizations and contraception, including the abortifacient drug Ella.

Barack Obama won the Catholic vote in 2008 in his bid for the White House.  Catholics supported Obama over GOP nominee John McCain by a nine-point margin (54 percent vs. 45 percent). By contrast, four years ago, Catholics favored Republican incumbent George W. Bush over John Kerry by a five-point margin (52 percent to 47 percent).

Les Rayburn, a highly decorated combat veteran, said President Obama lied to Catholics to get their support in 2008.

“This is flat wrong on so many levels,” said Rayburn. “It is about time to stand up to Obama.  He threw the Jews under the bus and now he has thrown the Catholics under the bus.  Maybe people are going to wake up and realize that it is time to break away from the Democratic Party because they really don’t take care of [Jews and Catholics].”

Under the change, the Department of Health and Human Services is giving organizations up to a year to comply, but religious liberty experts believe the law is certain to face a legal challenge.  Two religious colleges have already sued over the law.

In response to these threats to religious liberty and rights of conscience posed by President Obama’s National Health Care law, the Respect for Rights of Conscience Act has been introduced in Congress (H.R. 1179 and S. 1467).  This proposal will ensure that those who participate in the health care system “retain the right to provide, purchase, or enroll in health coverage that is consistent with their religious beliefs and moral convictions.” It is more important than ever that members of Congress be urged to co-sponsor this measure.   Illinois Congressional co-sponsors include U.S. Representatives Jerry Costello, Randy Hultgren, Adam Kinzinger, Dan Lipinski, Don Manzullo, Peter Roskam, Robert Schilling, Aaron Schock and Joe Walsh.

Take ACTION:  Click HERE to send a message to President Barack Obama, U.S. Senators Dick Durbin, Mark Kirk and your U.S. Representative to ask them to support the Respect for Rights of Conscience Act (H.R. 1179, S. 1467) and help enact it into law.