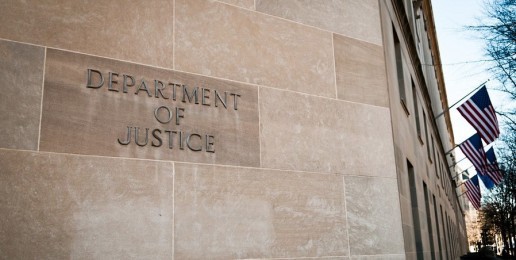 Why Enable Pornographers? Justice Department Tilts Toward the Titillating
11.03.09
PRINT

Not long ago, President Obama addressed America’s schoolchildren, asking them to take personal responsibility for their choices and always strive for excellence.

Unfortunately, while he’s preaching responsibility to the next generation, his Justice Department is turning a blind eye to those who would destroy that generation’s future for personal gain.

Earlier this year, I was one of nearly 400 pro-family advocates from across the nation’s political, philosophical and legal spectrums who signed a letter to Attorney General Eric H. Holder Jr., asking him to meet with concerned citizens and step up his department’s efforts to combat what has become a multibillion-dollar stranglehold on the minds and souls of millions of American men, women and children.

In response, we received one short form-letter paragraph two months later from a department official assuring us our input was valued and our concerns were being considered “carefully.” Since then … nothing but crickets.

The tepid response is all the sadder because our request didn’t seem an unreasonable one to make of the man who, 11 years ago, was one of the few members of the Clinton Justice Department who seemed to take the threat of pornography seriously. At the time, as deputy attorney general, Mr. Holder boldly called for stronger enforcement of pornography and obscenity laws, saying:

“Priority should be given to cases involving large-scale distributors who realize substantial income from multistate operations and cases in which there is evidence of organized crime involvement.

“However,” he added, “prosecution of cases involving relatively small distributors can have a deterrent effect and would dispel any notion that obscenity distributors are insulated from prosecution if their operations fail to exceed a predetermined size or if they fragment their business into small-scale operations.

“Because of the nature of the Internet and the availability of agents trained in conducting criminal investigations in cyberspace,” Mr. Holder said, “investigation and prosecution of Internet obscenity is particularly suitable for federal resources.”

What a difference a decade makes. Today, the evil has proliferated. The number of both large- and small-scale distributors has multiplied many times over, and federal resources are even more indispensable.

However, under Mr. Holder’s direction, the Justice Department is taking a profoundly laissez-faire attitude toward a criminal enterprise making pervasive use of the Internet to facilitate the efforts of child molesters to infect children with their profoundly warped and perverse ideas about sexual activity and deviancy.

It was a small step in the right direction, but the American Civil Liberties Union and its sister organizations tripped COPA coming out of the gate. The legislation immediately was swarmed by lawsuits – protesting the undue burden placed on adults who wanted to get their dehumanizing images as quickly and easily as possible – and earlier this year, the U.S. Supreme Court declined review of the law.

That, combined with the Justice Department’s apathy, leaves the gates of the mental playgrounds wide open for those who believe, in the favorite phrase of the North American Man Boy Love Association (a major beneficiary of the government’s passivity), that “sex after 8 is too late,” and that every child is “fair game.”

Sane souls, to be sure, find those concepts sickening and appalling. But then, to believe what NAMBLA does, what the ACLU does, what, apparently, the current Justice Department in Washington does, you have to make some incredible leaps of faith and logic.

You have to believe that the men who wrote our Constitution despised Christian faith and morals and were indifferent to the concerns of parents for their children’s mental and emotional well-being – but were always deeply committed to the protection of deviants and pornographers.

You have to believe groups like the Boy Scouts and Girl Scouts are a pernicious threat to the souls of our nation’s youth – but that the men and women who salivate over pornographic images mean our youngsters no harm.

You have to believe that immersing oneself day after day in deviant sexual imagery has no discernible impact on one’s mind, morals, habits, attitudes or relationships with children and people of the opposite sex.

You have to believe that – if the government would just leave them alone – young people living in a culture awash with hypersexualized imagery, language, programming, fashion and entertainment and given instant and unlimited access to technology, will deliberately discipline themselves not to send “sext” messages or lewd pictures of themselves and others over their cell phones, laptops and home computers. In other words, you have to believe the unbelievable to justify defending the indefensible.

Faced with the astonishing apathy of so many judges, legislators and government officials on an issue with such devastating implications for our most vulnerable citizens, it’s hard not to think that those who would pay any price to sustain their lucrative traffic in pornography are delighted to have found federal law enforcers who buy into their agenda.

Of course, the pornographers have the best lawyers and public relations teams billions can buy – and besides, they’ll get their money back and then some. But their profits, and this Justice Department’s passivity, are already costing the rest of us two things a great nation can ill afford to lose: the high moral ground and the souls of our children.

It’s hard to believe that’s the future our president, a man who so beautifully and publicly demonstrates his love for his daughters, wants for any of our children.

Alan Sears is president, chief executive officer and general counsel of the traditional-values Alliance Defense Fund and was executive director of the Attorney General’s Commission on Pornography under President Reagan.