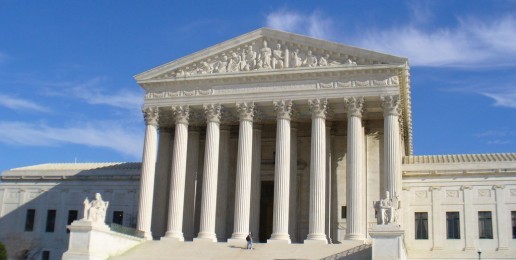 From Morality in the Media

Yesterday, the Supreme Court held that the State of Washington may release the names of individuals who signed a petition to put a referendum on the state ballot for the purpose of challenging a state “domestic partnership” law. When supporters of the gay rights law asked the State to turn over the names of those who signed the petition, opponents of the law sued to prevent release because there is a “reasonable probability” that petition signers “will be subjected to threats, harassment, and reprisals.”

Robert Peters, president of Morality in Media, had the following comments:

In June 2004, the Supreme Court affirmed a lower federal court decision which had upheld a preliminary injunction blocking enforcement of the Child Online Protection Act , a law that would have required websites that commercially distribute pornography to take reasonable steps to keep kids away from the smut.

In so doing, the Supreme Court agreed with the trial court’s finding that “blocking or filtering technology may be at least as successful as COPA would be in restricting minors’ access to harmful material online without imposing the burden on constitutionally protected speech that COPA imposes on adult users…” Specifically, the trial court found (in the words of the appellate court) that requiring adults to “identify themselves as a precondition to accessing disfavored speech” would “likely…deter many adults from accessing that speech.”

Five Supreme Court Justices went along with this nonsense despite the fact that COPA contained privacy protection requirements to prevent disclosure of information obtained for the purpose of verifying the age of those viewing or purchasing the smut.

This is not to say that online privacy isn’t important, regardless of the nature of the speech, but so is the protection of children from exposure to hardcore pornographic content that depicts, among other things, degradation of and violence against women.

And despite what some Justices may still want to believe, parental use of filters alone will not protect children from exposure to online pornography, if for no other reason than that today’s children have access to the Internet from devices that parents can’t control.

As for yesterday’s Court decision regarding political speech, I would agree that there are valid reasons for requiring disclosure. But those who have followed the gay rights movement for any length of time also know that the threat of hurtful retaliatory conduct is real.