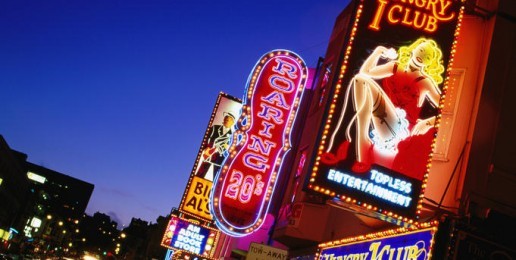 When Alfred Kinsey emerged in American culture, “we” were, in some sense, still innocent. Certainly the horrors of world wars had forced us to eat from the forbidden fruit, but even our new-found knowledge of good and evil was kept in check by America’s fresh-faced turn toward a future of almost unlimited possibilities.

Kinsey changed all that.

If America was fresh-faced, Kinsey’s dour visage presaged an assault on our values that remains a wholly unique event in our country’s history.

The infamous Kinsey Report, which purported to research sexuality, brought society to the gates of hedonism and debauchery. Kinsey had begun studying the sexual behaviors of wasps about the time Hitler came to power clearly the Harvard-trained biologist didn’t get out much and this led him to study the same behaviors in humans.

The result was the “sexual revolution,” which not only loosened but also jettisoned social mores. Now, in a new book that shatters the myth that Kinsey was an important scientist, Dr. Judith Reisman explores the sordid world of the man who made sexual deviancy OK in America.

Sexual Sabotage: How One Mad Scientist Unleashed a Plague of Corruption and Contagion on America is a masterfully researched investigation into one of the most compelling figures of the last century.

Above all else, I value the teaching factor in any book. In other words, I like to know why things are the way they are. Sometimes, that might come in an obscure, old biography of change agents like Herbert Spencer. Happily, in the case of Sexual Sabotage, Reisman has provided us with an old-fashioned investigative piece that helps explain why we now live in such a sex-obsessed culture.

Reisman, who studied at Case Western Reserve University, is perhaps the leading authority on Kinsey today. Her work in advocating for children and women has been informed largely due to her knowledge of Kinsey’s diabolical effect on how we think about sex. Her research and tenacity in exposing the dangers of pornography have resulted in convenience store 7-11 no longer stocking Playboy and Penthouse magazines, among other achievements.

In “Sexual Sabotage,” Reisman reveals that to Kinsey, there were no sexual boundaries. That his “research” led to the abuse of children is one of the darker chapters of American history, yet few know about him.

As Reisman reports: “Kinsey says, ‘the only abnormal sex is no sex; that the human animal needs orgasms; and that the earlier boys and girls have orgasms, the better for them.'”

In other words, his evolutionary worldview enabled him to preach that morality is a human construct that impedes the progress of us “animals.”

As Reisman points out, Kinsey engaged in the ultimate character assassination, alleging that an entire generation the “greatest generation,” as it has been called was in fact “promiscuous, adulterous, homosexual and even bestial”!

Reisman begins her book by making a most compelling point: At the very moment Kinsey and his friends were crafting their deviant bias into “research,” she and her friends lived in a world in which debauchery was not known. It is but one fascinating point in a wholly fascinating book in which Sexual Sabotage becomes a clear window into the world of Kinsey’s pornographic propaganda. That it fooled entire generations is nothing short of amazing.

Reisman’s research is so thorough and engrossing, one gains a real understanding of how far-reaching Kinsey’s bogus research really was. In Chapter 12 (“Pandemic, Predatory Criminals”), we learn that a common Kinsey tactic was introducing an allegedly good intention, which in the end opened the floodgates of deviancy:

“Blaming the lack of sex education for high levels of sex crimes in the early 1950s,” Reisman writes, “Kinseyan reformers testified tirelessly before state legislatures and asserted in professional, academic and legal literature that ‘sex education’ would reduce the number of sex crimes and high recidivism rates.”

Incredibly, a friend of Kinsey’s, law professor Ralph Slovenko, alleged that victims of child molesters “seduce” their molesters: “Even at the age of four or five, this seductiveness may be so powerful as to overwhelm the adult into committing the offense.”

One struggles to comprehend such evil! Yet as Reisman points out, Kinsey and his depraved friends appeared as even-handed researchers uncovering important truths about humans. In fact, their deviancy doomed millions to a lifetime of sexual turmoil and exponentially increased the very crime rate they claimed to hate.

Sexual Sabotage is one of those books that polite company wishes to avoid. However, we would then fail to understand not only why we are in the shape we’re in, but begin to gather the courage and wisdom to confront the kind of evil Kinsey peddled. Reisman’s landmark work should be read widely, and may I suggest a niche group that should study this book: church youth pastors.