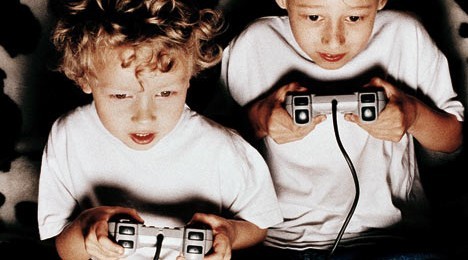 Video game systems are more high tech than ever. They are also more popular than ever before, not only with kids but with the sexual predators searching for young victims.

In a cyber world where life is a game, the playground is turning into a danger zone, police say.

“Predators are going to go where the children are,” said Lt. Jeff Braley of the Hamilton Township, Ohio, Police Department.

And these days, that’s usually in front a TV playing video games.

Daniel Gilbert, 13, and his brother, 15-year-old Noah, spend hours a day on their Xbox 360, which uses the Internet to connect them to players from around the block, the country, even the world.

FBI officials said they are now investigating a number of cases in southern Ohio in which sexual predators have used online gaming systems to find victims.

What makes the new technology especially dangerous, agents said, is that players can talk to one another using headsets.

“It’s how a predator grooms an individual,” said FBI forensic examiner Douglas Roden. “A pedophile is talking to a child, they are gaining their trust and understanding. Then he tries to engage in that next level which is taking them from the cyber world to the physical world.”

“A gaming system was used to entice a child into producing child pornography,” Roden said.

With studies showing there are as many as 10,000 sexual predators online at any given moment, the shift from computers to video games doesn’t surprise investigators.

“We were at first, unaware, of the connection with other people and how vast it was,” said Michael Gilbert.

They said they’re keeping an eye on who their children are gaming with. And they’ve banned Xbox cameras that increase exposure to strangers.

“There is good and bad about technology,” said Susie Gilbert. “We have to adjust.”

Online gaming and the dangers that come with it are not just limited to the Xbox 360. Nintendo wii and Playstation 3 also have online gaming functions. Police said that sexual predators have also been known to lurk in computer gaming worlds like “second life” too.

The best defense is an honest, open relationship with your kids, police said.