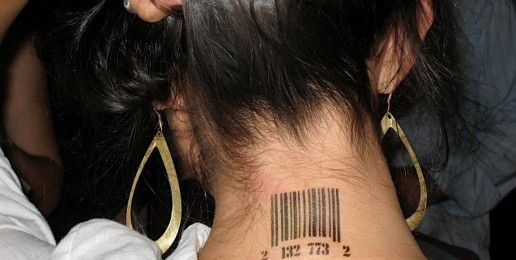 by Morality in Media, Inc.

Decency laws which could help reduce sexual child abuse are not being enforced.

According to a recent article in the New York Times (“Charges called ‘new low’ for Gambinos“), the U.S. Attorney in Manhattan described the operation of a sex trafficking network as “a new low” for the Gambino family. The article also said the females “used as prostitutes were all under 20 years old, and one was 15.” According to an article in yesterday’s NY Daily News (“Teen sex a new mob low”), girls were recruited from “strip bars to work as prostitutes.”

Morality in Media, Inc. president Robert Peters had these comments.

“Prior to the mid 1980s, most pornography businesses were controlled by organized crime [see, e.g., “Video revolution left organized crime behind,” LA Herald Examiner, 5/4/88 (“For years, it’s been alleged that the leading New York Mafia families control most of the nation’s pornography through their ties with adult bookstores, peep shows and prostitution.”)].

It was my own experience from working obscenity cases for over 23 years as a Special Agent of the FBI (1975 – 2001), as well as my understanding from other sources, that prior to the enactment in 1978 of a federal law prohibiting child pornography, child pornography was commercially produced and distributed by major ‘adult pornography’ commercial entities and was openly sold in ‘adult bookstores’ throughout our nation…

“It should therefore come as no surprise that the ‘mob’ is now engaged in sexual trafficking of teens.
“It is noteworthy that Harold Fahringer, the attorney who represented the proprietor of a pornography business in the 1982 Supreme Court case mentioned above, is presently representing pornography businesses in a court case challenging a New York City law that would zone these businesses.

“What should come as a surprise is that there are federal obscenity laws on the books which can be enforced against the proliferation of hardcore adult pornography on the Internet and elsewhere but which are not being enforced. Vigorous enforcement of obscenity laws would reduce the availability of hardcore adult pornography, which would help curb sexual exploitation of children for the reason that availability of this material contributes to sexual child abuse in various ways, including:

“Vigorous enforcement of obscenity laws would also reduce children’s exposure to hardcore adult pornography. Exposure to this material can interfere with children’s psychological and moral development and lead to sexual misconduct, including sexual abuse of other children.

“If protecting children from harm is important, then we must act not just against adults who sexually exploit children but also against persons who produce and distribute hardcore adult pornography.

“While the Bush administration was in large measure a disappointment when it came to enforcement of obscenity laws, it did prove that these laws can be successfully enforced against major commercial distributors of hardcore adult pornography. To date, the Obama administration has not announced any new obscenity indictments involving commercial distribution of hardcore adult pornography.”