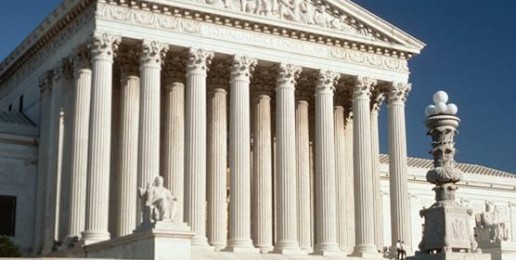 Most Americans agree that there are some appropriate limitations to the First Amendment’s right of free speech and press. Consider the fact that libel and slander are not protected free speech. Inciting panic in the public by yelling, “FIRE!” is not protected either. Nor is anyone free to distribute obscenity, falsely advertise a product, etc…

This is especially true when it comes to the use of public airwaves — where there is a compelling government interest in prohibiting and regulating indecent and vulgar content of radio and television broadcasts in an effort to protect children and uphold community standards.

Many, many people, including myself, are very disturbed about the prevalence of obscene and indecent radio and television broadcasts, and its impact on the well-being of our families and children.

One cannot help but notice the moral decline of the entertainment industry. Television dramas, sit-coms and so-called “reality” shows dominate the airwaves with profanity, violence, and plenty of sexual situations and innuendo.

Commissioner Michael J. Copps of the Federal Communications Commission (FCC) calls it a “Race to the Bottom.” Most Americans simply call it smut, perversion, indecency, or just garbage. Whatever you want to call it — it doesn’t conceal the fact that Americans are being mentally and intellectually assaulted by our own broadcast mediums on a daily basis.

But now Hollywood elitists and television network attorneys want to take it down another notch — as they fight the FCC for their “right” to use “fleeting expletives” during primetime viewing hours.

And the downward race to the bottom continues….

Thankfully, some members of the Federal Communications Commission (FCC), led by Chairman Kevin Martin, are fighting that descending, ever circling pull into the sewer.

RELIEF MAY BE IN SIGHT
Yesterday, the U.S. Supreme Court announced that they would hear an appeal by the FCC in a case that involves the use of the “F” and “S” words on broadcast television. The FCC is arguing that the potty-mouth movie stars violated broadcast indecency laws. The TV networks counter saying that the words were used as adjectives, not nouns or verbs, and the stations shouldn’t be fined because the FCC is taking the uses out of context. (I guess Hollywood actually believes that there are appropriate times and situations that the “F” and “S” words must be used, and that creative alternatives to using vulgarity just do not exist.)

It will be the first case the Supreme Court of the United States has heard on the issue since 1978. No wonder TV is so bad! Let’s all hope and pray that common sense and the rule of law will prevail.