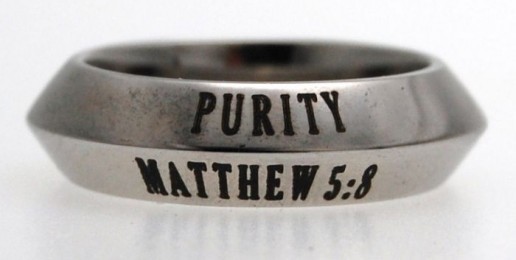 Striving for Purity in a Hyper-Sexual Culture
10.24.11
PRINT

Young adults find it harder than ever to adhere to Biblical truths about intimacy.

Arching over a driving beat and an addictive melody, Cobra Starship croons these seductive lines: “Get a little closer to me, girl, and you’ll understand; ’cause if you want a guy that knows what you need, well then I’m your man…” In a high-pitched siren’s call, the girl responds: “Tell me what you want so we can do just what you like…”

No one listening to one of today’s most popular dance hits has to wonder what the singers are talking about. According to a report in The Atlantic Wire, 92 percent of top ten billboard songs contain strong sexual themes. Young adults are surrounded by sexual influences, and Christians are not immune.

According to the findings of a research study recently released by the Barna Group, some young people are leaving the church because their church experiences related to sexuality are too simplistic.

The study found that young adults question how to live in purity while immersed in a culture that values hyper-sexuality over wholeness. When they turn to the church for answers, they are faced with a list of forbidden activities with little explanation about how to keep from doing them.

Students and youth pastors say if the church is going to reach young adults, it must focus on the internal instead of the external.

Seventeen percent of young Christians who responded to the Barna Group survey said they made mistakes involving sex and felt judged in the church as a result.

Fallon Prinzivalli, a senior at The King’s College, agreed with the survey results and said girls often had the most trouble.

Instead of finding support during their struggles, girls often face gossip and shame, Prinzivalli said.

Kyle Lincoln, a junior youth ministry major at Gordon College, believes that the issue is too complex for the church to solve.

“I think that there is so much difficulty talking among your peers, and in the church there’s even more pressure because there’s the expectation that you’re going to do the right thing,” he said.

The problem is that churches focus on morality instead of true spirituality, Steve Wright, a youth pastor in Attleboro, Mass., said. An absence of solid teaching on sexual issues exacerbates the struggle young adults have in a secular culture. The battle over sexual temptation must be fought in a spiritual way, not a moral way, Wright said.

Wright believes solid spiritual teaching for teens is rare in the church, possibly because churches assume the youth can’t understand it. Or worse, church leaders have lost touch with Biblical truths about sexuality, he said.

Wright urges churches to engage young people in a Christ-centered culture of community, along with close friends or family.

“I mean, how can anyone hope to do really well solo amidst a culture where everyone is ‘doing it,’ if you will,” Wright said. “You need to make your own culture in God’s kingdom.”