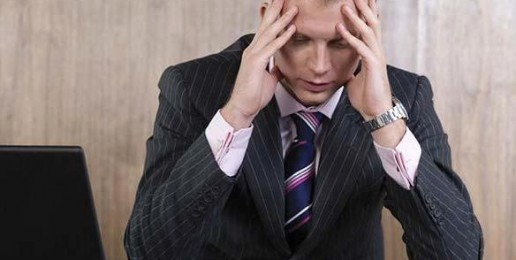 By way of a brief introduction, I would like to say the following. My father had three stashes of smut in the basement: a stash of Playboy magazines, a stash of “men’s magazines,” and a small stash of hardcore pornography. The latter was under lock & key. I got into all of it while still in grade school.

My primary modus operandi was to connect in my mind (fantasize about) what I read in the “men’s magazines” to the Playboy foldouts that I was most attracted to. I find it amazing that I started writing my own pornography when I was a freshman or sophomore in high school, which is an indication to me of how strong the grip of pornography can be on a boy’s life, or a teen’s life, or a young adult’s life.

I will conclude with this. I did not seek a job at Morality in Media so that I could fight pornography. In April 1985, Morality in Media’s then general counsel,Paul J. McGeady, called me “out of the blue” and offered me a job as a staff attorney. I had met Paul previously but had never said I would like to work for MIM. If anything, my past experience with pornography was a good reason to then say, “No thanks.” When I accepted the job, I planned on staying two or three years.

Going on 24 years later, I must say that part of what now motivates me to stay in this fight is my experience with pornography. I know what it can do to a person. With this introduction, I now turn to the social costs of pornography.

Harm to female participants in the production of hardcore pornography

As with prostitution, so with pornography, there are individuals who seem to adjust to the “lifestyle.” We often hear from these “success stories” in the mainstream media, as they defend or promote their livelihoods. But the reality for most women in pornography is not positive. During my early years at MIM, I wondered why a beautiful young woman would choose to be in pornography. I have since come across many sources indicating that most of these women were sexually abused or otherwise badly damaged as children.

One source in particular that surprised me was an article in the Adult Video News (K. Smith, “Awful Truth,” Feb. 1999) about sexual harassment in the production of hardcore pornography. The author stated, “A huge number of people come to the adult industry already disenfranchised, their bodies and their sexuality rendered worthless to them by an abuser.” Mr. Smith also readily acknowledged that sexual harassment was a problem.

To gratify these increasingly perverse sexual desires, women in pornography are penetrated by two or more males at the same time, gang banged, slapped, choked, spanked, whipped, tied up, tortured, urinated and defecated on, etc. While the women are often paid to look like they enjoy degradation and violence, the reality is often very different. Some take drugs to kill the pain or numb their sensibilities.

Many of these women also contract one or more STDs; and for all of them, there is a permanent record of the degradation. I also think sexual trafficking is part of the explanation for why there is so much extreme hardcore pornography available on the Internet – content that depicts rape and torture and other horrific sexual behavior. Not all these women are being paid for their efforts. Some (perhaps many) are forced into it.

And when teens and adult males seek this abominable material out, we help create the market that ensures that more of it will be made.

Harm to children who view pornography

Many (most) men who are addicted to pornography were first exposed to pornography as children. Exposure to pornography can lead to an addiction that robs children of the opportunity to develop in a healthy manner psychologically, morally, and spiritually. Apart from sexual addiction, children are also harmed when they receive a “sex mis-education” from viewing hardcore pornography, which depicts promiscuous, perverse, degrading, and violent sexual behaviors.

And with the advent of the Internet, children are being exposed to pornography at earlier ages and to more extreme content. According to a recent study, C. Sabina, J. Wolak & D. Finkelhor, “The Nature and Dynamics of Internet Pornography Exposure for Youth,” CyberPsychology & Behavior, Vol. 11, No. 6, 2008:

Overall, 72% of participants (93.2% of boys, 61.1% of girls) had seen online pornography before age 18…Most exposure began when youth were ages 14 to 17, and boys were significantly more likely to view online pornography more often and to view more types of images. Considerable numbers of boys and girls had seen images of paraphilic or criminal sexual activity, including child pornography and sexual violence, at least once before the age of 18…Some boys had repeated exposure to sexual violence…

Harm to children who are sexually abused

Children are harmed when adult predators use hardcore “adult” pornography to entice, arouse, desensitize and instruct their child victims (a common practice).

“Clarence once enjoyed the adult pornography sites he viewed on the Web. But after a while, the thrill was gone. So he started clicking on some of the ads that popped up on his computer above the naked adults he was watching. He was seeing something new – young teenagers and even young children, posing in the nude, having sex with each other, or being molested by adults. At first, he was appalled. But once the shock wore off, he couldn’t get enough. Like thousands of other men…he was hooked.”

I would add that last year Congress passed a law authorizing the expenditure of hundreds of millions of dollars to combat sexual exploitation of children.

Children are also harmed when they are sexually abused by other children who imitate behavior that they viewed in hardcore pornography. See, e.g., K. Kurtis, “Sex Offenders Younger, More Violent,” AP, 6/9/07 (“And 42 % have been exposed to hardcore pornography, the Office of Juvenile Justice and Delinquency Prevention, an arm of the U.S. Department of Justice, said in a 2001 report.”).

Children are also harmed when they are deceived by pornography into thinking that it is OK to send to others photos or video that they have taken of themselves while nude or partially nude or while engaging in sexual conduct. See, e.g., S. Jayson, “Nude Photos: A new way for young people to flirt?”USA Today, 2/16/08. Apart from causing great embarrassment, it can also be a crime.