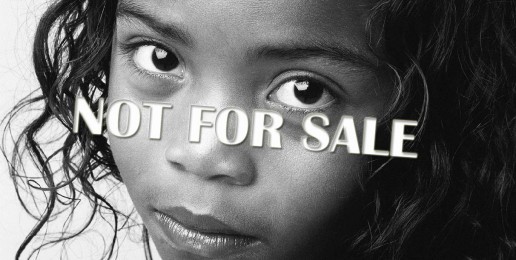 Some Canadians have their “moral compasses screwed up” on the issues of pornography and prostitution, an RCMP officer who monitors human trafficking said in London yesterday.

And if you buy cheap knockoff products from abroad, you’re probably supporting human trafficking, too, Van Doren told participants in a one-day conference held by the Salvation Army.

And make no mistake about it, most prostitutes are lured or forced into the life, he said.

The most vulnerable, economically challenged, socially dislocated women are often drawn into prostitution with promises of a better life, he said.

Instead, they find themselves abused and exploited by profiteers who beat them with “pimp sticks” (coat hangars) and other means, threaten them and sometimes brand them with lit cigarettes, scarring or tattoos, Van Doren said.

About 90% of visible sex trade workers in Canada are aboriginal girls under age 18, he said. “They’re sold like cattle and moved from city to city.”

Foreign women brought to Canada by sex merchants often enter the country illegally, he said. They don’t have identification papers, they can’t speak our language and they’re tightly controlled.

The United Nations estimates 10 million women, girls and boys are victims of the international sex trade, investigative journalist Victor Malarek, author of two books on the subject, told the conference.

An estimated 800,000 women a year are trafficked from country to country for sexual purposes, said Malarek.

Malarek, a Canadian newspaper and television journalist, has become a passionate defender of the victims of sex trafficking and a busy speaker on the subject.

“I’ve drawn a line in the sand on this and a lot of people don’t like it. I believe that when you see abuse, you have to take a strong stand.”

Malarek has called johns who buy sex and people soft on pornography “bozos” and “idiots.”

Malarek opposes both decriminalizing prostitution and legalizing it.

Decriminalizing it would mean “it’s open season on women and children” for sexual exploitation, he said, and legalizing it hasn’t eliminated criminal activity in other countries.

Ruth Gillingham of the Salvation Army, a corrections and justice services worker who helped organize the one-day conference, said her work puts her in direct contact with sex trade workers.

“The majority are poor. They come from broken homes. Some have mental illnesses and drug and alcohol addictions.”