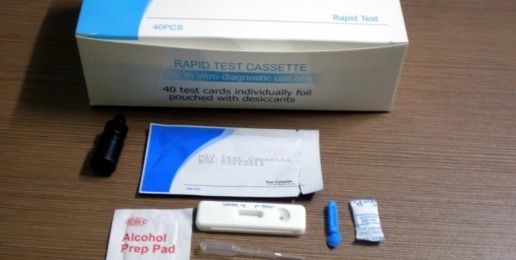 The county Department of Public Health data was requested by The Los Angeles Times and announced Thursday.

Adult film industry workers had described the new case as the first since 2004.

Adult filmmakers in the U.S. now require that actors prove they have tested negative for HIV and other sexually transmitted diseases within 30 days of going to work on a film.

Still, the tests aren’t foolproof, as was revealed this week when an actress who had passed an HIV test before making a film tested positive immediately afterward.

Although the woman’s co-stars have tested negative, they have been quarantined from acting for the time being and advised to be retested in two weeks because medical experts say it takes almost that long for a person to show signs of infection.

That means the woman’s case should be a wake-up call to the adult film industry that it isn’t doing enough to protect its performers, said Dr. Jonathan Fielding, director of the Los Angeles County Department of Health.

He said the state Division of Occupational Safety and Health requires that safe sex be practiced on all adult movie sets.

“But we have persistent reports that that is not the case,” he said, adding his department receives an average of 15 reports a week from the Adult Industry Medical Healthcare Foundation of actors testing positive for other sexually transmitted diseases such as gonorrhea and chlamydia.

“That’s obviously very disturbing,” Fielding said. “I don’t know of any other industry where people are subjected to that kind of risk.”

He called for the use of condoms on all adult films as one means of providing necessary worker safety.

After an HIV outbreak in 2004 spread panic through the industry and briefly shut down production at several studios, many producers did indeed begin making condoms a requirement. But they said both actors and audiences quickly rebelled.

“What happened was the talent didn’t want to use condoms,” said Steven Hirsch, co-Chief Executive of Vivid Entertainment Group, one of the multibillion-dollar industry’s largest filmmakers. “They came to us and said repeatedly, ‘Could we have choice?’ … As a result, we decided to go condom optional. Plus we’re very comfortable with what AIM is doing with the 30-day testing.”

That brings the number of known HIV cases in adult performers to 22 since 2004, according to the data requested and reported by The Los Angeles Times.

The woman who tested positive hasn’t been identified by AIM officials, but Fielding said he expected the foundation would turn her name over to county authorities soon and when it did they would counsel her and any of her sexual contacts.

Mark Kernes, senior editor at the Adult Video News media network, said word in the industry is that she is an older woman who only acts occasionally in films targeted to young men’s fantasies and thus is believed to have acquired the virus from a non-actor. He, like others, hopes it will spread no further.

With so much at stake, Hirsch said it makes sense that the industry would do everything it could to police itself.

“People in our industry have sex for a living so they are hypersensitive when it comes to disease,” he said. “If they’re unable to work they are not making any money.”

He considered it significant that there has been only one confirmed case of HIV in the industry in the past five years, a period during which he estimated the business churned out as many as 100,000 films.

“Look,” he said, “I wish it would be zero. But it was only one and it was dealt with immediately. I believe it just proves the system works.”