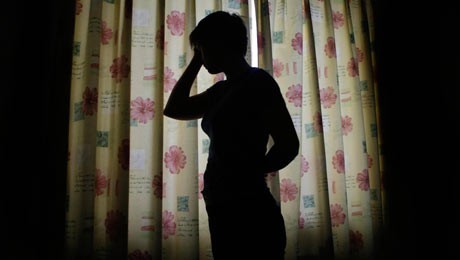 MIM Report Shows How the Explosion of Hardcore Adult Pornography on the Internet and Elsewhere is Contributing to the Sexual Exploitation of Children
Written By   |   10.01.09
PRINT

Morality in Media has compiled information from hundreds of news articles and from court cases, social science studies, books, Congressional testimony, and other sources that show how the explosion of hardcore adult pornography on the Internet and elsewhere is contributing to the sexual exploitation of children. The works cited in the report were published from 1980 to the present.

In the report, Mr. Peters commends government and private entities for finally working together to curb sexual exploitation of children. He then states, “For the most part, however, these same…entities have turned a blind eye towards the explosion of hardcore adult pornography on the Internet and elsewhere… [T]hose who fight sexual exploitation of children but who turn their backs to the adult pornography problem are making a tragic mistake.”

Mr. Peters observes that while hardcore adult pornography does not depict actual children, it does “include hardcore depictions of sex with persons who look like children and with ‘barely legal teens.’ Hardcore adult pornography also encompasses depictions of sex with animals, other family members, multiple partners (‘gangbangs’), and prostitutes. It also depicts excretory activities and sexual violence against women, including rape and torture.”

Mr. Peters responds to the notion that online distributors of hardcore adult pornography are not breaking any laws. He writes, “[I]n 1996 Congress amended two sections of the federal obscenity laws… to clarify that distribution of obscene matter is prohibited on the Internet. In Miller v. California…the U.S. Supreme Court has also stated: ‘This much has been categorically settled by the Court, that obscene material is unprotected by the First Amendment.’ The Miller Court went on to define the term ‘obscene’ in a manner intended to restrict the reach of…obscenity laws to ‘hardcore’ pornography. Today, most adult pornography distributed commercially, whether online or elsewhere, is ‘hardcore.'”

He also cites the results of four national opinion polls (conducted by Harris Interactive and Pew Research Center) indicating that most adults do not consider pornography morally acceptable or harmless and that they want federal obscenity laws enforced.

Mr. Peters sets forth reasons for why he thinks vigorous enforcement of obscenity laws will result in a number of benefits both to children and society. He also explains why federal obscenity laws are not being enforced vigorously, as they should be. Those at fault include the U.S. Justice Department, the FBI and Congress.

Mr. Peters states that in addition to law enforcement, “parental involvement, public education, the involvement of religious groups, and corporate responsibility are all desperately needed.”