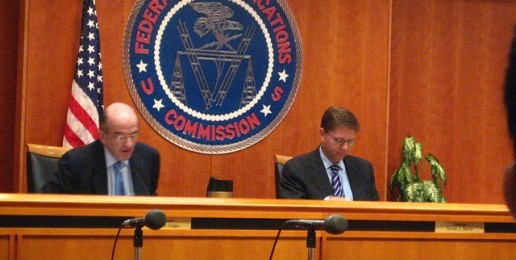 Family Research Council (FRC) and Focus on the Family have submitted an amicus brief to the U.S. Supreme Court in Federal Communications Commission v. Fox Television Stations Inc. arguing that the FCC’s regulations against indecent material aired on broadcast TV are constitutional.

“We urge the U.S. Supreme Court to follow its precedents and allow the FCC to regulate indecency on network television. Allowing nudity and ‘fleeting’ expletives to air on public airwaves will open the floodgates for more extreme indecency even at hours when children are watching television. This result is not required under the First Amendment, as the Court has ruled in the past.

“The public airways are just that – public. The networks using them have a moral duty to the American public to responsibly provide content that is acceptable for all viewers. This is not a heavy burden for those whose television and radio licenses provide them with substantial profits. There is plenty of room within the FCC’s indecency guidelines to provide excellent entertainment and meaningful art.” concluded Perkins.