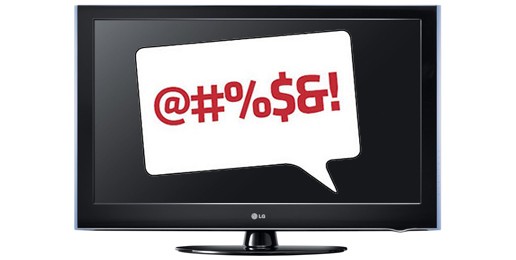 The Federal Communication Commission (FCC) is seeking public comment until May 20 on a proposal that would ease off on the regulations that enforce the decency standards set by Congress, which prevent showing nudity and the most profane language during hours when children are likely to be watching. The FCC would like to allow “fleeting” uses of profanity and “isolated (non-sexual) nudity” and focus only on “egregious” indecency incidents.

If enacted, the new FCC policy would allow network television and local radio stations to air the f-word, the s-word and to allow programs to show frontal female nudity, even during hours when they know children will be watching and listening.  Current broadcast decency law prohibits expletives and nudity, even if brief or “fleeting.”  The Supreme Court of the United States has upheld the law as constitutionally enforceable by the FCC, despite lawsuit attempts by networks NBC and FOX to overturn it.

Now the networks want to undo those standards. This proposal benefits no one but major media networks, which are too vulgar and too powerful already.

But this is not a done deal. You can make a difference. Congress will listen if the FCC gets a flood of comments instructing it not to weaken the enforcement standards. Massive resistance blocks the intentions of even hardened bureaucrats. The U.S. Senate is set to have confirmation hearings for a new FCC chairman soon, but in conducting that evaluation they need to hear that families, not broadcasters greedy for ratings, represent the authoritative voice of the public.

Take ACTION:  Click HERE to provide your own public comment to the FCC.  Tell the Commissioners that you object to allowing “fleeting” uses of vulgar and profane language and instances of “isolated nudity”during family hour.  The public comment period ends May 20, so time is short. PLEASE RESPOND NOW, IT WILL ONLY TAKE A FEW SECONDS!