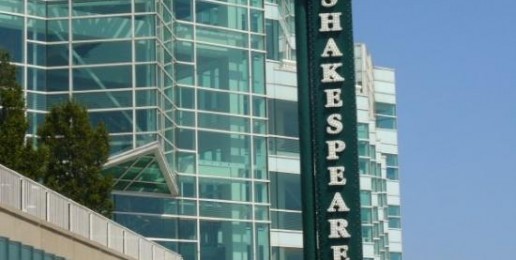 All the Perfumes of Arabia Will Not Sweeten Chicago Shakespeare Theater’s Macbeth
Written By Laurie Higgins   |   01.06.09
PRINT

I love Chicago Shakespeare Theater. I have seen half a dozen productions at their Navy Pier location and loved every one. I try to attend at least one play a year-as money permits. But this year, I wasted both my time and money.

For any of you who may be thinking of attending Chicago Shakespeare Theater’s production of Macbeth — be forewarned. We attended opening night on Friday, and here’s what to expect from this modernized travesty:

Take ACTION: Contact Chicago Shakespeare Theater to let them know that you will not be attending this production by calling the theater directly at 312-595-5656.

Objections to the vulgarity in this interpretation of Macbeth do not constitute provincial philistinism. And the performance of the actress who played Lady Macbeth was not a brave performance. The actress was degraded and objectified. Her exhibition of her body and her willingness to be publicly fondled was disgraceful and distracting. If it is brave and justifiable to so exhibit and exploit one’s body, then we best stop telling our children that the parts of their anatomy that are inherently sexual are their “private parts.”

For an actress to be willing to bare her breasts in front of hundreds of strangers night after night and allow a man who is neither her husband nor even a boyfriend to fondle her suggests a Gnostic view of the human person-one which separates the physical body from the spiritual self. This is a deeply troubling and erroneous dualistic view of the human person. Our physical selves are inextricably linked to our immaterial spiritual selves.

Despite what many within our “artistic” communities may claim, “art,” or rather some contemporary misconception of art, is not an ultimate value. It does not transcend or supersede the objective truth that our bodies are not for public display or public consumption.

For those community members who wish to participate in some minimal way in shaping the culture in which we all have a stake, here are two other concrete steps that Illinois Family Institute is recommending: