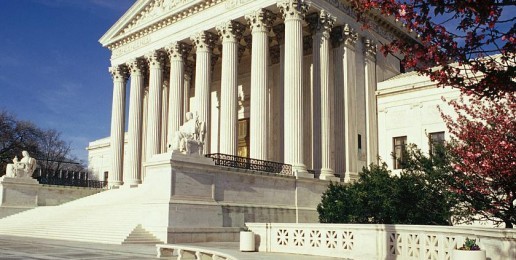 The Supreme Court on Monday upheld a 2003 federal law aimed at child pornography, concluding in a 7-to-2 opinion that a federal appeals court was wrong to find the law unconstitutionally vague.

“Child pornography harms and debases the most defenseless of our citizens,” Justice Antonin Scalia wrote for the court. “Both the state and federal governments have sought to suppress it for many years, only to find it proliferating through the new medium of the Internet.”

The ruling scathingly rejected contentions that the 2003 legislation was so broadly written that it could make it a crime to share or even describe depictions of children in explicit sexual situations, even if the depictions are inaccurate, the children do not really exist and the intention is innocent.

Monday’s decision in United States v. Williams reinstated the conviction of Michael Williams of Florida, who was caught in a federal undercover operation in April 2004 and found guilty later of “pandering” child pornography, a charge defined in part as promoting or distributing real or “purported” material in a way that reflects the belief – or is intended to persuade another – that the material is indeed child pornography.

Mr. Williams was nabbed offering to trade nude pictures of his young daughter and other forms of child pornography in an Internet chat room. He did not actually have pictures of his daughter, but he did have 22 pornographic images of other children on his computer hard drive. He pleaded guilty to possessing that material, which has long been a crime, and was sentenced to five years in prison. That aspect of the case against him was not part of the Supreme Court argument.

Instead, lawyers on his behalf challenged the “pandering” charge, which also carries a five-year sentence, asserting that it was so “overly broad” as to violate the First Amendment guarantee of free speech. The United States Court of Appeals for the 11th Circuit found that argument persuasive, reasoning that offering a copy of “Snow White” on false claims that it depicts minors engaging in sex could be construed as criminal behavior.

But Justice Scalia dismissed the 11th Circuit’s finding, its reliance on what he considered far-fetched hypothetical situations and the notion that the statute under review would cause all sorts of fact-finding problems. Judges and juries are routinely called upon to assess difficult issues of fact and intent involving charges like conspiracy, incitement and solicitation, he wrote.

In 2002, the court struck down a law that made it a crime to create, distribute or possess “virtual” child pornography that uses computer-generated images or young-looking adults rather than real children. But, as Justice Scalia noted on Monday, the Supreme Court has held that the government can criminalize the mere possession of actual child pornography, as distinct from mere possession of pornography involving adults.

Justice Scalia’s opinion not only swept aside the defendant’s contention that the law as written was too vague but said it made no difference whether the pornography was offered for sale or was promoted as being free. Consider a drug case, he suggested: “It would be an odd constitutional principle that permitted the government to prohibit offers to sell illegal drugs, but not offers to give them away for free.”

Justices David H. Souter and Ruth Bader Ginsburg dissented, with Justice Souter writing that promoting images that are not real children engaging in pornography still could be prosecuted under the law at issue.