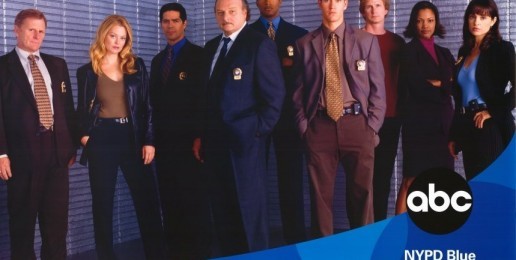 The agency proposed a $27,500 fine against 52 ABC-owned and affiliate stations in the Central and Mountain time zones, which broadcast the episode before 10 p.m., when the FCC’s authority to police the airwaves for indecency expires each day.

The episode in question, aired Feb. 25, 2003, contained a scene featuring a woman and a young boy. In the scene, the woman disrobes in a bathroom. She is shown in full dorsal nudity, and the side of one breast is shown.

Under the FCC’s indecency statutes, over-the-air radio and television stations are prohibited from broadcasting “patently offensive” material of a sexual or excretory nature from 6 a.m. to 10 p.m., when children are most likely to be watching. ABC stations in the Eastern and Pacific time zones were not fined because the episode appeared after 10 p.m. in those regions. The FCC’s indecency statutes do not extend to cable and satellite programming.

In 2006, the FCC proposed a record $3.6 million fine against CBS television stations for a 2004 episode of “Without a Trace.” The network settled with the FCC for $300,000. That also marked the most recent television indecency fine proposed by the FCC until yesterday.

The long period of FCC inaction on indecency followed a flurry of proposed fines from 2002 to 2004, the most high-profile of which was in response to CBS’s Super Bowl halftime show in 2004, when singer Janet Jackson’s right breast was briefly exposed.

CBS is appealing that $550,000 proposed fine in federal court.

For the FCC, the episode of “NYPD Blue” was an indecency twofer.

“We find that the programming at issue is within the scope of our indecency definition because it depicts sexual organs and excretory organs — specifically an adult woman’s buttocks,” the FCC wrote in its ruling.

ABC argued that the scene was necessary to “illustrate the complexity and awkwardness involved when a single parent brings a new romantic partner into his or her life.”

“The law is simple,” FCC Commissioner Deborah Taylor Tate wrote in a statement yesterday. “If a broadcaster makes the decision to show indecent programming, it must air between the hours of 10 p.m. and 6 a.m. This is neither difficult to understand nor burdensome to implement.”

ABC, owned by the Walt Disney Co., said it will appeal the ruling to the FCC. If the agency turns down the appeal, it will issue a forfeiture order to the network, and ABC will have to pay the U.S. Treasury or appeal the case in court.

” ‘NYPD Blue,’ which aired on ABC from 1993 to 2005, was an Emmy Award-winning drama, broadcast with appropriate parental warnings as well as V-chip enabled program ratings from the time such ratings were implemented,” ABC said in a statement yesterday. “When the brief scene in question was telecast almost five years ago, this critically acclaimed drama had been on the air for a decade and the realistic nature of its storylines was well known to the viewing public.”

FCC indecency investigations begin when the agency receives a viewer or listener complaint about a program and can drag on for months or years. The lightly staffed FCC enforcement bureau must go up against broadcasters, which have more legal and financial resources to battle the proposed fine and have a vested interest in dragging out the proceeding. After the enforcement bureau makes a finding, it must be voted on by the FCC’s five commissioners, who were occupied with cable television and wireless spectrum issues through much of 2007.