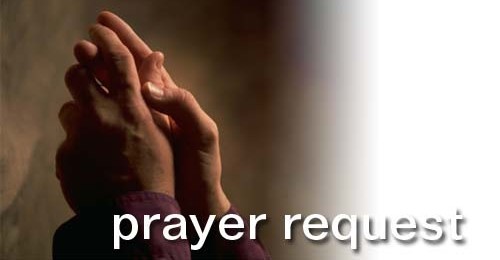 While our hearts grieve for all those caught in the deceitful web of pornography, it is time for the faithful churches and their members to pray, fast and act as the Lord leads you. We humbly offer the following as guidelines, inviting you to do as the Lord leads you in response to this deplorable event coming to our area.

Pray — It’s easy to pay lip service to prayer, our most potent spiritual weapon. Take inspiration from Leonard Ravenhill, who challenged us by once writing:

The church has many organizers, but few agonizers; many who pay, but few who pray;
many resters, but few wrestlers;
many who are enterprising, but few who are interceding.
People who are not praying are playing.

Don’t mistake action for unction, commotion for creation, and rattles for revivals.

When we pray, God listens to our heartbeat.
Hannah’s lips moved, but her voice was not heard (I Sam. 1:12-13).
When we pray in the Spirit, there are groanings which cannot be uttered (Rom. 8:26).

Tithes may build a church, but tears will give it life.
That is the difference between the modern church and the early church.
Our emphasis is on paying, theirs was on praying.
When we have paid, the place is taken. When they had prayed the place was shaken (Acts 4:31),
In the matter of effective praying, never have so many left so much to so few.
Brethren, let us pray!

a. … for God to first break OUR hearts first, not in anger toward the organizers and participants but in humility and brokenness of our sin before a holy God. (2 Chron 7:14) We remember that ‘…there but by the grace of God I could be.’
b. … for the Lord to open eyes, ears and hearts of many participants to see how harmful this is to themselves, women and children.
c. … for conviction, that the Father’s heart of love toward them would break through and bring many to repentance.
d. … for those whose hearts are hardened – that God would replace their hearts of stone with hearts of flesh.
e. …that the event details would be confounded in many ways.
f. … for the glory of the Lord to fall on the facility.
g. … that eyes would be opened to see the true spirits of darkness that rule these perversions.
h. … that the civic leaders named below would awaken from their slumber and see the harm that pornography causes to men, women and children.

2. Strategy for churches/groups: Ask God to intervene in reclaiming Rosemont –

a. …by holding prayer vigils on or at the periphery of the property the day before or during the event.
b. …by buying parking at the event to hand out free water bottles or sealed snacks to patrons. Show them love, not animosity. Some are caught in the web. Have a spirit of love and rescue.

People of God, “it is time for the theology of the church house to become biography in the streets.” We are called to love, to proclaim truth. But above all, to BE a faceless reflection of the Master, our one and only King, Jesus Christ — Lord of heaven AND earth.