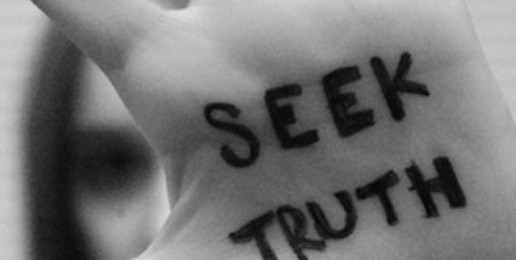 So, what is missing in the political campaign of 2012?  I would suggest truth and integrity are most notable by their absence.  It is little wonder that Americans are jaded and cynical about politicians. Regardless of what they promise before elected, once in office many officials appear to serve themselves rather than the public.  How is it that having formed a union “of the people, by the people, and for the people,” we find ourselves feeling so much “us vs. them” when it should be just “us?”  Why don’t we trust those we have elected?  The answer may not be that difficult to figure out.

We were wooed by the siren sounds of the Left decades ago as they lectured us that ethics are determined by the “situation” rather than principle.  We bought their argument that there is no “Truth,” and that real freedom is about “doing your own thing.”  Even the Supreme Court has joined the hallucinations by ruling in the 1992 Planned Parenthood vs. Casey and again in the 2003 Lawrence vs. Texas that we each have the “right” to determine our own “reality!”

Such thinking is not only ludicrous, it is consequential.  Witness our on-going inability to get the truth out of candidates.  And, worse yet is the brazen admiration shown to those who equivocate.  When Bill Clinton was going through troubles during his presidency, a friend noted that he “is an exceptionally good liar, and I mean that as a compliment!”

It is inexcusable, on the part of the electorate, to tolerate a lack of character from our elected officials.  It is not just that we get scoundrels for leaders, it educates the populace that dishonesty rewards well, and integrity has little benefit!  If integrity brings only liabilities, why would we expect it from anyone?  It often costs so much!

Is it not ironic, however, that those who claim truth to be subjective still demand it from others?  Why are those on the left, who have championed moral relativity, and have made a living off of lies complain when their opponents follow suit?

The answer, of course, is obvious:  Morals and truth are not subjectively determined any more than reality itself is.  And, we all know It!  A person only claims that there is no truth because he intends to lie and thinks the rest of us can be bamboozled into accepting his lies!  But woe to you should you lie to him!  It’s justice for you; mercy for him!

So, do we have any allies in determining the truth about political candidates?  Most of those in the Media have publically acknowledged their leftward leanings, and repeated discoveries of lying, “fabricated” stories and deception from so-called “reputable” news organizations reveals they have bought into the moral relativity of the Left.  They cannot be trusted.

What are we to do?

It may be time for Americans to come down off our collective high horse, kneel before our Creator and humbly acknowledge our rebellious and dangerous departure from His principles.

That would be a good start!  And it may help us clear up the muddy waters of the political landscape.

Do all politicians lie?  Not likely, but until we accept an objective standard of truth, how are we to know?