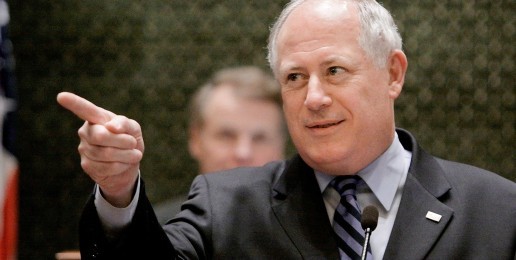 Illinois lawmakers approved a 66 percent increase in the state’s income tax in the final hours of a lame duck session.

Despite tens of thousands of calls, emails, faxes and letters in opposition to increased taxes, our state legislators decided to raise the state’s personal income tax from the current 3 percent flat rate, to 5 percent and the corporate income tax rate from 4.8 percent to 7 percent.

These votes were ushered through by House Speaker Michael Madigan (D-Chicago) and Senate President John Cullerton (D-Chicago) without a single Republican vote in favor. According to the Chicago Tribune, Governor Pat Quinn (D) is “happy” about the passage of these tax increases and is expected to sign the bill into law in the near future.

This lame duck session of the Illinois General Assembly ends today at noon.

We have one last chance to communicate to Governor Quinn about this anti-family proposal which will take much needed resources away from our family budgets to feed the ever increasing and insatiable demands of our growing state government.

Click HERE to urge Governor Quinn to VETO SB 2505. Tell him we do not have a tax problem — we have a spending problem!

**Please note: All state legislative seats will be up for election in 2012.