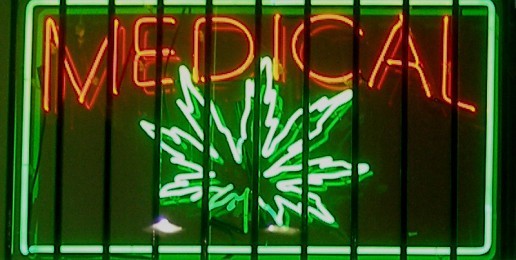 We can learn a lot from the legalization of so-called “medical” marijuana in California. Illinois’ HB 30, a much broader bill than the California law of 1996, has again been introduced in Illinois.

Allowing the use of cannabis for “medical” reasons is the necessary first step to full legalization.

“The key to it is medical access, because once you have hundreds of thousands of people using marijuana under medical supervision, the whole scam is going to be bought. Once there’s medical access…then we will get full legalization.” Richard Cowan, former director of the National Organization for the Reform of Marijuana.

Take ACTION: Click HERE to send your state representative an email or a fax to tell him/her that you do not want marijuana sold in your neighborhood for any purpose.

From the 1996 Prop 215 that brought us so-called medical marijuana (nothing medical about it), allowing anybody to smoke pot who has 150 bucks in their pocket and claims any alignment, to today’s all out far-left agenda of overall drug legalization, comes Proposition 19 – another train wreck for disaster California.

Voters in the Inland Empire were not fooled by prop 215 in 1996 and rejected its false claims in the voter booths. However, overall statewide voters did pass the initiative, but by a marginal 56% – and most of those voters thought pot would only be used by terminally ill patients. California voters are smarter today – most know somebody who has a medical pot ID card for any number of bogus reasons, including hair loss, itchy skin and high heal pain. Los Angeles exploded with over 1,000 pot stores – more than Starbucks, 7-11’s and McDonalds combined! More kids enter drug rehab for
pot than any other drug combined. That may be why state voters defeated Prop 5 in 2008 – another attempt by the pro-drug lobby to move forward their agenda in California under the guise of “compassion.”

Today’s Proposition 19, on the November ballot, is led by Richard Lee, founder of a pro-marijuana advocacy group called “Oaksterdam University” in Oakland, CA. His proposition allows the following: Expressly omits any definition of what constitutes being “under the influence” of marijuana; States that you cannot use marijuana while driving, but makes it completely permissible to use marijuana just prior to getting behind the wheel; Prevents employers who operate transportation companies or have company vehicles from requiring employees operating these vehicles be drug free; Does not regulate marijuana like alcohol or tobacco; Would not eliminate the need for illicit marijuana dealers; Would place hundreds of employers, including public schools, at risk
of violating the Federal Workplace Act.

Prop 19 would also devastate communities: The proposition states, “that a lawful occupant, lawful resident or guest may cultivate cannabis on private property,” up to 25-square feet of pot growing per residence; Does not limit the cultivation to “personal
consumption” by the cultivator; Would allow for the growing and processing of marijuana in the front yard or backyard of any residence no matter how close that residence is to a school; Would allow each resident in a “dwelling” the ability to claim a 25 square feet plot for growth and cultivation; Potentially removes enforcement on behalf of the land/property owner; Would prohibit bus, trucking and transit companies from requiring employees to be drug-free; would allow licensed marijuana dealers to advertise without restriction, near schools, libraries and parks, just like cigarette companies; Would forbid school bus drivers from smoking marijuana on schools grounds or while actually behind the wheel, but a bus driver could arrive for work with marijuana in his or her system, thereby placing hundreds of school children at risk on a daily basis.

The pro-pot leaders claim our state will raise billions in tax dollars. What they don’t tell you is that for every one-dollar we would garner from a pot tax, California taxpayers would end up paying another $9 for every $1 of pot tax cleaning up the societal
health care costs. Drug trafficking organizations in Mexico would not vanish, as the pot heads claim, because these organizations also traffic in heroin, meth, cocaine, weapons and people. And here’s the bottom line – what kind of message do we want to send to youth? We already have enough problems with alcohol, tobacco and prescription drugs in our state.

Because of these facts, it’s no surprise that both Democrats and Republicans are speaking out against Prop 19, including California’s two Governor candidates, Jerry Brown and Meg Whitman. Even the ultra liberal mayor of San Francisco, Gavin Newson, is against Prop 19. Here in the Inland Empire, we continue to lead by example as exemplified by cities like Fontana and Rancho Cucamonga. Both recently approved city proclamations against Prop 19.

Dr. Paul Chabot Ed.D is President of Chabot Strategies, LLC, is the founder of the Inland Valley Drug Free Community Coalition and theCoalition for a Drug Free California.

The Multiple Harms of Marijuana for Youth

Colombians Move into Colorado Marijuana Business
b
a
x
r