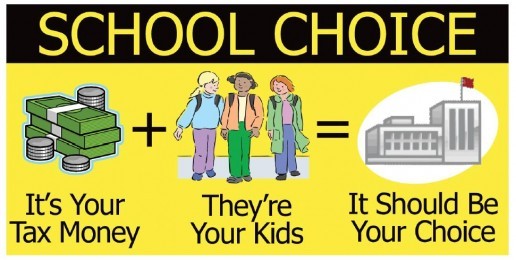 Landmark school choice legislation was rejected by lawmakers from both parties Wednesday. This common sense bill would have allowed approximately 22,000 children from Chicago’s worst-performing and most-overcrowded elementary schools to transfer to private or parochial schools. Each student would have received approximately $3,700 in state money to specifically cover tuition costs at those schools. (Chicago public schools currently spend more than $11,000 per student.)

IFI’s Laurie Higgins says the vote came up short in the House despite a bipartisan effort. “It fell just 12 votes short of passing [and] we needed 60 votes. The vote was 48 in favor — 26 of whom were Republicans, 22 of whom were Democrats — and my understanding is that it was just vigorous pressure by the teachers unions that led to the defeat of this bill.”

But this does not mark the end of the road for this bill. State Rep. Kevin Joyce (D-Chicago), the House sponsor of SB 2494, requested that the bill be put on postponed consideration, which means that the bill can still come up for another vote in the House during this session — possibly after the November election. This would require some work on our part to sway 12 House members to support the bill allowing Chicago public school students in the lowest 10 percent failing schools to opt out to nearby private schools.

As expected, the Illinois General Assembly adjourned May 7 without passing a meaningful budget for the state for the upcoming fiscal year. It is likely that our sate lawmakers will return to Springfield to complete that task before a May 31 constitutional deadline.

Because SB 2494 was put on postponed consideration, no official House roll call is available. However, an “unofficial” tally was recorded by CapitolFax.com as the vote was taken on the House floor: