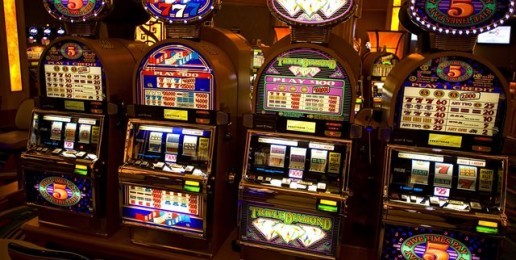 SB 1739 — a bill to expand gambling with five new casinos in Chicago, Rockford, Danville, Park City and a location in the south suburbs as well as video slot machines at racetracks and in Chicago airports — now moves to the Illinois House for consideration.

Late Wednesday afternoon, the Illinois Senate debated and passed SB 1739 by a vote of 32 to 20 (with one voting present).  SB 1739 is a proposal to vastly increase gambling in Illinois. This predatory gambling expansion bill was sponsored in the Illinois Senate by State Senators Terry Link (D-Lincolnshire), and Donne Trotter (D-Chicago).

Look at the official voting record of how your state senator voted: click HERE to download it. 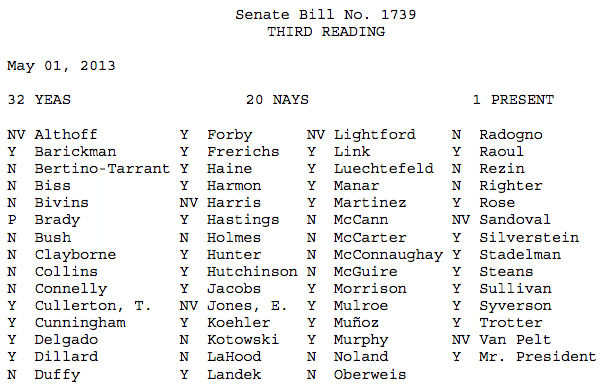 We are grateful to State Senator Dale Righter (R-Mattoon), who was the only lawmaker to speak out against SB 1739 in defense of families and common sense.

This bill was amended to remove Internet gambling, but the bill still includes 5 new casinos, and slot machines at 6 racetracks and Chicago’s two airports.   The city-owned casino for Chicago will have 4,000 gambling positions while the number of gambling positions at the other casinos will increase to 1,600.  With the ability to purchase additional positions for a maximum of 2,000, existing casinos would nearly double in size.

Take ACTION: Click HERE to email or fax your state representative about this anti-family legislation.  Ask him/her to vote NO to SB 1739.  You can also call the Capitol switchboard at (217) 782-2000.

We’re grateful that nine Democrat senators voted against more gambling in the Land of Lincoln, but it’s disturbing to note that six Republican senators voted in favor of this massive anti-family gambling bill despite the fact that the Illinois Republican Platform identifies gambling as being harmful:

We call on the Governor and the General Assembly to balance the state budget and provide for a responsible capital development program without resorting to the expansion of gambling, which harms Illinois’ families and our state’s business climate and presents costly challenges for both law enforcement and social service agencies.

Far too many “conservative” lawmakers exhibited concern about the gambling interests within their districts rather than serving the best interests of the families of Illinois. Republican State Senators who voted yes to SB 1739 are:  Jason Barickman (Bloomington), Kirk Dillard (Westmont), David Luechtefeld (Okawville), Matt Murphy (Palatine), Chapin Rose (Champaign) and David Syverson (Rockford).