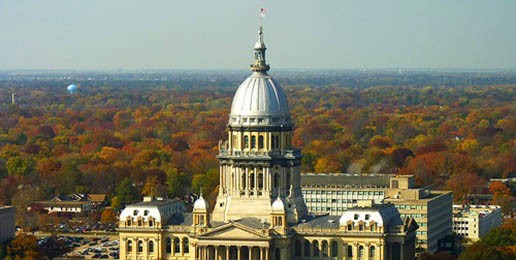 The work to stop the redefinition of marriage (SB10) is not just about defending God’s institution of marriage. It’s about the best interests and rights of children and natural families, the health of communities, and individual religious liberties. It’s about standing up and speaking out about the war on conservative people of faith and the attack on our civil rights to freely practice our faith and live according to our conscience.

Same-sex “marriage” proponents deny that children have a right to be raised by both a mother and a father—preferably their own biological mother and father. The selfish desires of adults in inherently sterile relationships who want to recreate the natural family trump the rights of children to be raised by their biological parents.

There is a chance that SB 10 will be called for a vote later this month during the first three days of the veto session (Oct.22-24). However, LGBT proponents are divided on when to call this bill for a vote. One camp wants a vote just to get an official roll call and to identify the lawmakers they need to work on. But this could backfire as they are still short the votes necessary to pass it. In addition, it would certainly be national news to have same-sex marriage fail in deep-blue Illinois. That is why other LGBT proponents are on record saying they should not call the bill until they are absolutely certain they have 60 votes.

When the fall veto session begins in less than two weeks, we can help put an end to this pernicious effort to destroy true marriage by sending a strong, clear message to our state lawmakers:  “You do not have the moral authority to redefine marriage!”

But in order to do that, we need your support.  Here are three ways you can help:

God tells us in Proverbs that “a righteous man who gives way before the wicked” is “like a muddied spring or a polluted fountain.”

We must remain vigilant and must continue to speak out against these efforts to redefine God’s institution of marriage. We cannot afford to remain silent as the Left continues to attack this critical social institution.

With less than two weeks left before the start of the legislature’s veto session, we must continue building support for the freedom to marry.

Your contribution of $10 or more today will help Illinois Family Institute continue to run the strongest possible campaign to ensure victory in the veto session.

Thank you for everything you’re doing to stand for the family.

P.S. We only have two weeks left until the first day of the veto session on October 22nd. Please, click HERE to contribute what you can today. Thank you.