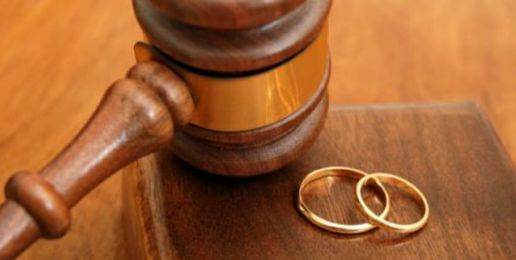 “Plaintiffs’ counsel repeatedly argued that homosexual couples shouldn’t be denied the right to marry because they love each other. But this ignores the purpose of marriage, which is founded on the biological, scientific truth that only male-female unions may be blessed with offspring — little boys and girls — whether planned or unplanned, for which the institution of marriage affords a stable framework within which these infants may be nurtured, reared, and educated to adulthood.”

“Indeed, arguing that marriage should be available to any human beings who profess to love each other not only ignores unique biological fruitfulness of male and female unions, but it also makes us wonder when — and why — plaintiffs would ever draw the line. Stretching plaintiffs’ rationale to the limits of their logic, why or how could they bar or limit the legality of ‘marriages’ between brothers and sisters, so long as they profess ‘love’ toward one another, or between cousins of close consanguinity, let alone polygamy, or polyandry, or even polyamory.”

“Thus the plaintiffs’ rationale goes far beyond the pale, founders on its own illogic, and affords no good reason at all for overturning our traditional, classic understanding of this vital social institution — which so many deem the cornerstone of our civilization — and which our Illinois General Assembly recently upheld.”

“Furthermore, contrary to plaintiffs’ contentions to the contrary, we hold firm in our belief that every child, if at all possible, should have both a mother and a father, and that society should promote this ideal to the fullest extent possible. We stand confident behind our legal arguments which have been upheld repeatedly in trials and appeals around the country.”

Judge Hall said that she will issue her ruling on the Thomas More Society’s motion to dismiss the homosexual lawsuits challenging Illinois marriage as unconstitutional, on September 27, 2013, at 11 a.m., in Cook County Circuit Court, 50 West Washington Street, Chicago, Illinois Room 2301.

Thomas More Society is a national not-for-profit law firm that exists to restore respect in law for life, marriage, and religious liberty. Headquartered in Chicago, the Society fosters support for these causes by providing high quality pro-bono professional legal services from local trial courts all the way to the United States Supreme Court. www.thomasmoresociety.org