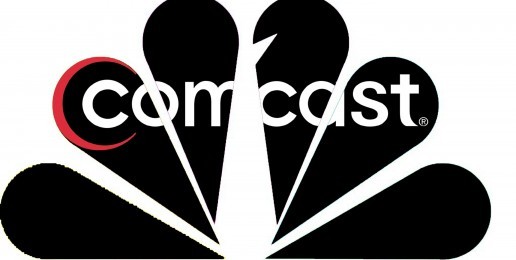 Comcast, a giant media conglomerate, is currently in the process of purchasing NBC Universal. Comcast is the nation’s largest cable service provider, serving 39 states and the District of Columbia. When negotiations are completed, Comcast will have controlling interest of the NBC network, its News Division and NBC Universal’s cable networks–which include MSNBC and CNBC. The deal’s price tag is an estimated $30 billion.

Besides the business aspects regarding Comcast’s acquisition of NBC Universal, which I won’t go into here, some speculate Comcast’s controlling interests of NBC Universal may lead to a huge shake-up in the management of its news division and address what many refer to as NBC’s liberal agenda. One hint of NBC’s change in its news content may have become evident when, earlier this month, one of its major news anchors, the controversial David Shuster, was suspended indefinitely for reported behind the scenes negotiations with cable news rival, CNN. For years, NBC has been criticized for liberal bias in its news content, and there may be indications other on-air personalities may also be looking for employment elsewhere when the Comcast deal is finalized.

The NBC News Division, including MSNBC and CNBC, have been losing millions of dollars for NBC Universal. For example, MSNBC consistently comes in dead last in viewer ratings. On the other hand, cable news rival, the FOX News Channel, has a viewing audience which trounces its competition nightly. Indeed, MSNBC, CNBC and CNN viewership combined do not equal the ratings of Fox News.

NBC Universal is currently owned by General Electric (GE) whose Chairman and CEO, Jeffrey Immelt, has been accused of having a conflict of interest involving possible government deals–much of this involving green technology. Some say GE has been put on the fast track regarding giant profits which would result from legislation like Cap and Trade, if the bill were ever passed into law by Congress. Therefore, GE has devoted significant resources towards the development of alternative energy. Some assert Immelt has supported left-leaning political policies which would directly benefit his corporation, and the conduit for doing so was through the utilization of NBC Universal’s news division.

MSNBC’s on-air personalities have drawn the ire of conservatives who see the network as a major proponent of a liberal agenda. From primetime network programming, which includes Hardball with Chris Matthews, Countdown with Keith Olbermann and the Rachel Maddow Show, many media observers believe such broadcasts would not be in the best interest of Comcast’s bottom line when its purchase of NBC Universal is finalized.

Much criticism has been levied against MSNBC and rightly so. For example, after watching Barack Obama give a speech during his presidential campaign, Chris Matthews said Obama “sent shivers up his leg” (hardly objective). Keith Olbermann once referred to President George W. Bush as a “Pathological Liar or Idiot-in-Chief”. Out-of-the-closet lesbian Rachel Maddow advances a political agenda which even the most objective of viewers would consider leftist in nature.

The underlying question is: Will Comcast–a corporation which sells its product to not only conservatives, but liberals as well–be willing to take the political heat from a public which it depends on for revenue?

“When the Comcast deal finally goes through, some heads might roll across the board at NBC,” said a high-ranking member of management for the network who requested anonymity. “Over the top shows, like that featured in MSNBC’s primetime programming, may soon become a thing of the past.”

Comcast, which offers a product, is in business to make a profit. Whether a corporation is connected with a particular agenda, be it left or right, that corporation has to look to their bottom line. Subsequently, those who use the Comcast product may have an influence regarding the political content of the news divisions at NBC, MSNBC and CNBC once the acquisition is completed. Therefore, liberal bomb throwers, including Olbermann and Maddow may soon be seeking employment elsewhere. Imagine if Comcast subscribers decided to boycott the country’s number one cable provider because of such programming which alienates a significant segment of its customers. After all, recent polling indicates 50% of Americans now refer to themselves as conservatives. Most certainly, Comcast’s Chief Executive, Brian Roberts, is aware of this reality.

Comcast’s affiliation with NBC Universal may have an impact far beyond its control of NBC’s News Division. If Comcast provides more balance concerning NBC’s news coverage, it is possible the NBC News Division would be more financially successful and, more importantly, provide a more honest news product for the country.

Of course, Comcast’s ownership of NBC Universal may have no impact at all regarding how the news is presented on NBC in the future. However, surely Comcast desires to make NBC and its cable affiliates competitive. If so, the beneficiaries will not only be Comcast, but the American people as well.