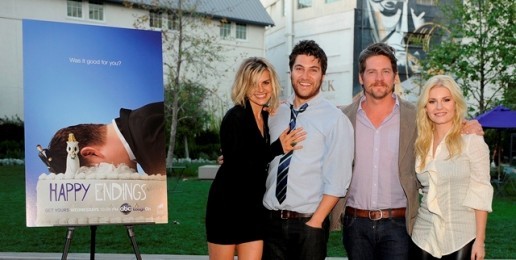 The Associated Press reported this week on a new study from a homosexual demands group trumpeting the “highest-ever number of gay and bisexual characters on scripted broadcast network” television.  They note that the number of homosexual characters on cable television is also growing.  In their 17th annual “Where We Are on TV” report the Gay & Lesbian Alliance Against Defamation (GLAAD) found that overall homosexuals represent nearly 5 percent of TV characters, up from 2.9 percent in 2011.   ABC has the highest amount at 5.2 percent of their regular characters portrayed as homosexual.  CBS was saluted as having the largest increase from 0.7 percent in 2011 to 2.8 percent in 2012.

These may not sound like very significant or influential numbers, but remember that in the real world homosexuals make up only between 2 and 3 percent of the population.  So, television viewers are seeing homosexuality portrayed at a rate that is twice as high as it occurs in real life, and you can bet that none of homosexuality’s individual harms are ever revealed on TV. GLAAD makes sure that the portrayal of homosexuality on TV is always positive.

Imagine the impact TV might have on society if real world demographic numbers were applied to characters.  When is the last time you saw even one positive portrayal of a Christian on a TV sitcom or drama?  A 2008 study found that 34 percent of Americans describe themselves not simply as Christian, but as “born-again” Christians.  If the rate for Christians was the same as homosexual portrayals, nearly 7 out of 10 TV characters would be positive displays of Christianity.   Imagine the impact that would have on viewers and our culture.

Ironically, GLAAD President Herndon Graddick said of their report “More and more Americans have come to accept their LGBT family members, friends, co-workers and peers, and as audiences tune into their favorite programs, they expect to see the same diversity of people they encounter in their daily lives.”   Apparently, this “same diversity of people” only applies to one’s bedroom behavioral choices.

As I mentioned, Christian characters are virtually non-existent on network TV. The number of Hispanic characters is actually on the decline from 2011, and massively underrepresented by 75 percent. African-Americans are also underrepresented on TV, compared to their actual population numbers. Those two genetic traits of skin color cannot be hidden on camera.  In that sense, one has to give groups like GLAAD their due, they have made sure what a small few choose to do in the bedroom is significantly over-glorified and over-represented as a character lifestyle on TV.

Save the Boy Scouts of America