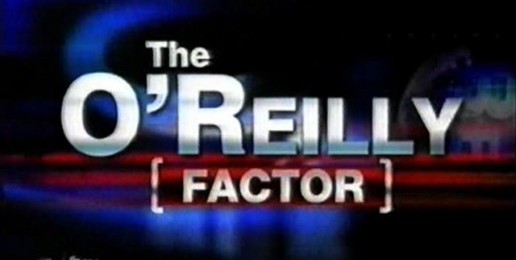 In light of the recent attempted murder of employees at the Family Research Council (FRC), several pro-family organizations, including IFI, and private citizens are asking Fox News to discontinue guest appearances by homosexual agitator Wayne Besen on the popular O’Reilly Factor TV show.

Besen has a long history of slandering conservative groups and the ex-gay community in language that foments hatred and undermines civil discourse.

The SPLC and Wayne Besen are united in demonizing conservative organizations and individuals.  Despite repeated complaints about Besen’s appearances, producers of the O’Reilly Factor continue to feature Besen, a radical homosexual activist aligned with the SPLC, as a guest commentator.

SELECT HERE TO READ A FULL LIST OF PRO-FAMILY LEADERS SIGNING THIS PETITION.

Last year the controversial Besen and the SPLC ally jointly staged a protest  outside of FRC’s Values Voters conference, falsely accusing FRC and the American Family Association of hatred and lies.  Besen publicly labeled FRC’s conservative speakers as “certifiable lunatics with dangerous agendas.”  Both Besen and the SPLC took out an ad in the Washington Post falsely blaming FRC for gays being more likely “to be victimized by violent hate crimes” and “driven to suicide by relentless bullying.”

Besen and the SPLC also target the ex-gay community, claiming that former homosexuals are a ” “ and that ex-gays are not entitled to the same rights and respect that gays currently enjoy.  In a bizarre move, Besen and SPLC are now filing complaints against therapists who counsel homosexuals with unwanted same-sex attractions, thereby denying gays the right of therapeutic self-determination.  (Read more HERE.)

Condemnation of the SPLC’s — and by extension Wayne Besen’s — designation of pro-family groups as “hate groups” comes from both the political Right and Left. Rich Lowry of National Review wrote, “The SPLC’s promiscuous labeling of organizations it disagrees with as ‘hate groups’ came to the fore last week when someone tried to shoot up one of its targets.”

It is time that the O’Reilly Factor cease using Besen as a guest commentator. Providing Besen with a forum lends credibility to his pernicious tactics and enables Besen to exploit his appearances for fundraising purposes.

When Fox News provides a forum to a radical homosexual activist known for employing inflammatory and hateful language in the service of promoting lies, the network becomes complicit in the damage done to the victims of Wayne Besen’s and the SPLC’s smear campaigns.

We ask the News Corporation, Fox News, and Bill O’Reilly to find more ethical spokespersons for the liberal view of sexuality.  In their infamous Washington Post ad accusing FRC of hateful values, Besen and the SPLC claim that “words have consequences.”  Yes, they do.  And Besen’s may lead to violence.

1) Click HERE to sign our free petition now, write a free comment, and we will deliver your first name, state, and comments to FOX NEWS and Bill O’Reilly.