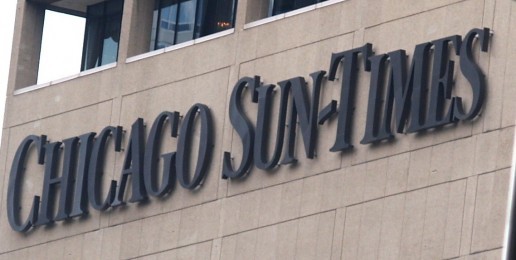 If the superficial, silly, ad hominem non-arguments that constitute the sum total of Chicago Sun-Times columnist Neil Steinberg‘s indictment of conservative positions on homosexuality were not so dangerous, they would be laughable.

Ah, yes, I can hear the mellifluous tones of tolerance wafting through his rhetoric.

One wonders if Mr. Steinberg applies these same epithets and feckless analogies to opposition to jettisoning any of the other defining features of marriage, like the binary requirement, or the blood kinship requirement. Are those who oppose adult consensual incest or polygamy sick, twisted sexual obsessives, and creepy, fixated fundamentalists?

Mr. Steinberg’s cliche non-arguments lead me to wonder if he has ever engaged with the substantive arguments of real intellectuals, either in person or through a thorough study of the best writing of conservative scholars. I think not because nary a substantive counter- argument can be found in his thicket of epithets.

Here are some questions for the moral philosopher, Mr. Steinberg:

Islam, Orthodox Judaism, The Roman Catholic Church, and many Protestant denominations believe that volitional homosexual acts are immoral, and that marriage is by nature a heterosexual union. Before writing another anti-religious screed devoid of intellectual substance, it would behoove Mr. Steinberg to spend some time studying the work of the following scholars: