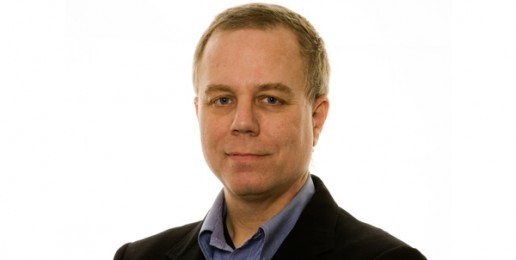 Chicago Tribune columnist and self-presumptive GOP consultant  Eric Zorn offered to “straighten out state GOP’s gay mess.”  In a nutshell, his nutty recommendation is for the Illinois Republican Party to “appoint someone who supports the legalization of same-sex marriage” to run the party. At least Zorn recognizes the critical importance of that oft-dismissed “social issue” of marriage.

He has joined homosexual activist Log Cabin Republicans in calling for a more inclusive “big tent.”

He has two reasons for this suggestion: 1. It will result in “sputtering, incoherent apologies from cynical Leftists,” and 2. It’s good politics.

Zorn claims conservative fears about the erosion of religious freedoms are unwarranted. Apparently, he hasn’t heard about the florist in Washington who is being sued by the state for her religiously based refusal to provide flowers for a same-sex “wedding.”

And apparently he is unaware that lesbian and former Georgetown University law professor Chai Feldblum has publicly stated that when same-sex marriage is legalized, conservative people of faith will lose religious rights. Surely, Zorn is not so foolish as to believe these kinds of cultural effects happen immediately.

Zorn is either ignorant or disingenuous when he seeks to reassure people of faith by stating that the same-sex “marriage” bill pending in the Illinois House “provides significant protection for religious institutions that don’t wish to formalize same-sex unions.” Why doesn’t Zorn talk about the protections—or lack thereof—for Christian schools in hiring or for Christian owners of businesses, particularly those involved in the wedding industry (e.g., florists, caterers, photographers, videographers, wedding/reception venue-owners).

I give Zorn credit for one surprising admission. He looked at the cultural shift on marriage among younger voters and admitted that “their high schools…have had gay-straight alliance groups and assemblies at which tolerance for homosexuality has been drummed into them” (emphasis added).

Well, I give him partial credit for the “drummed into them” part. What he failed to acknowledge is that it’s not “tolerance” that’s being drummed in, but compulsory approval.

Zorn then makes the risible claim that people are “looking at the evidence and arguments” and concluding that legalization of same-sex “marriage” is a good idea. The vast majority of Americans, especially our youth, have never heard the best arguments from conservative scholars on marriage. They are not carefully examining evidence and arguments. They’re being indoctrinated in schools that censor conservative resources. They’re being  emotionally manipulated by skilled Hollywood myth-makers. And they’re being maligned into silence by liberal bullies who hurl the “hater” epithet at anyone who dares to express moral propositions with which the Left disagrees.

This dearth of intellectual exploration explains why our lawmakers and liberal pundits refuse to answer the following questions:

Liberals accuse the Republican Party of being “non-inclusive” because it seeks to preserve in law the recognition of marriage as an inherently sexually complementary institution. If that’s the case, is the Democratic Party non-inclusive when it seeks to impose its dogmatic view that sexual complementarity is wholly irrelevant to marriage?

If “progressives” think marriage revisionists have been treated poorly in the Republican Party, imagine how “progressives” would treat the ideological enemy in their midst. How about busting wide open the welcoming doors of the Democratic Party to those who believe that marriage is inherently sexually complementary? And I don’t mean just to those Democrats who privately hold those beliefs. I mean open up those inclusive doors to Democrats who hold those views, express them, and lobby for them. Embrace those Democrats who publicly endorse the Defense of Marriage Act (DOMA) and support a constitutional amendment that defines marriage as the union of one man and one woman.  Imagine what would happen if Democrats were to start lobbying for a change in the Democratic platform’s position on marriage or if Speaker Michael Madigan began “privately” urging his colleagues to oppose the redefinition of marriage.

Actually, we don’t have to imagine. The Democratic Party, the bastion of pseudo-tolerance, “monoversity,” and hypocrisy, would go ballistic. Just look at how “progressives” talk about Republicans who believe marriage has a nature, fundamental to which is sexual complementarity.

Common sense and statistics would suggest that surely there are some Democrats who recognize that marriage is inherently sexually complementary. Why don’t we hear about or from them? We don’t hear from them because the “progressive” demand for intellectual and political conformity is too oppressive, too nasty, and too costly for dissent on issues related to homosexuality.

By calling the abandonment of principles “inclusivity,” progressives hope to badger the Republican Party into inviting foxes into the hen-house, something which the Democratic Party would never do—not even in the service of “inclusivity.”

The Left insists on abusing MLK Jr.’s paraphrase of Thomas Parker in the service of normalizing homosexuality: “The arc of the Moral Universe is Long, but it Bends Toward Justice.” Those words have a pithy quotable ring to them, but they’re not absolutely true. Or perhaps it’s the “long” part to which we pay too little attention. Societies move toward and then retreat from justice. For example, ancient societies once embraced the practice of sacrificing children to gods and then later rejected such barbarism. But in 1973, America, arguably the most just and compassionate society in history, once again publicly embraced the sacrifice of children, and in a form even more incomprehensible: Mothers started sacrificing their unborn babies on the altar of their own selfish desires.

Ancient civilizations once embraced homosexuality and then moved away from such a corrosive embrace. And now destructive foolishness is once again embraced.

Currently on this issue, the arc of morality is just bent.

There are issues on which political pragmatism is warranted and acceptable. The nature of marriage is not one of them—never was, never will be. The nature of marriage is not a peripheral issue of relative insignificance. It is essential to children’s rights, parental rights, speech rights, religious liberty, and the future of any society.  The Left’s continued denial of the ineluctable erosion of these rights through the normalization of homosexuality and the legal recognition of same-sex unions as “marriages” points to either their failure of imagination, their lazy refusal to think through the logical implications of an idea, or their dishonesty. (By the way, the legal recognition of same-sex unions as “marriages” doesn’t signify smaller government. It will increase dramatically the government’s intrusion into marriage.)

The Republican door to those who actively seek to radically redefine marriage or any other homosexuality-affirming legislation should be slammed shut. Log Cabin Republicans can meander over to that wide open, inclusive, welcoming Democratic door and try to change the views of the Democratic Party on guns, immigration, tax policy, or abortion.

Oh, and while we’re celebrating all this Democratic openness, maybe the Democratic supporters of true marriage (i.e., sexually complementary marriage) can pop out of the closet and be celebrated by those diversity-loving Dems.

As to Zorn’s reasons for his presumptuous and foolish suggestions: 1. Only vengeful, small-minded people would sacrifice essential principles and truth for the “sputtering, incoherent apologies of cynical Leftists,” and 2. Only foolish people would sacrifice the single most important cultural institution, the inherent needs and rights of children, and truth for political expediency.