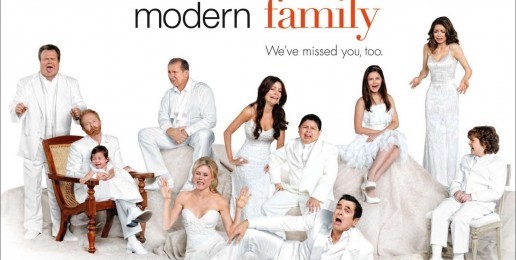 Recently, homosexual humor during family hour reached a new low. On the ABC sitcom, Modern Family, one of the homosexual characters, Cam, directs a middle school musical. Here’s what he says:

This production was a joke until I introduced these children to the musical theater greats: Bernstein, Sondheim. Years from now some of these kids will still be talking about the way I sondheimized them.

In the twisted world of Hollywoood and homosexual activism, a play on the word sodomy is hilarious — particularly if it involves children.

For more on Hollywood’s worship of all things deviant, watch this short excerpt from the February’s Writers Guild Awards:

ACLU Attacks Father-Daughter Dances: Why and Does it Matter?
b
a
x
r