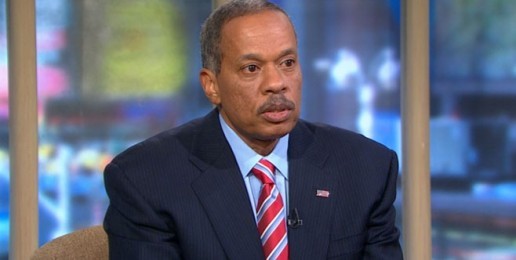 The flap over the firing of Juan Williams as a news analyst for National Public Radio (NPR) has created a firestorm of controversy. Williams supposedly violated NPR’s policy regarding interjecting personal commentary while reporting on the news. As a political commentator to the FOX News Channel (FNC), Williams, in essence, stated he gets nervous when he sees individuals wearing “Muslim garb” present in an airplane he is traveling on. Though Williams’ comments might have been politically incorrect, he was simply stating how he feels and how other Americans react in a similar situation.

NPR’s CEO, Vivian Schiller, fired Williams during a phone call and later went on to make public statements questioning Williams’ sanity, suggesting the commentator see a psychiatrist. Schiller later publicly apologized for how she handled the firing of Williams, including her statement questioning Williams’ mental health. However, the situation has thrown gasoline on an issue regarding whether NPR and its sister entity PBS (Public Broadcasting Service) should be on the public dole.

I rarely agree with the political views held by Mr. Williams. He is a staunch advocate for liberalism, including support of abortion on demand, homosexual “marriage” and other political views which are contrary to the pro-family agenda. However, even those on the far left agree that Williams was a victim of political correctness run amuck. Clearly, other NPR contributing journalists, including Nina Totenberg, NPR’s legal affairs correspondent and Cokie Roberts, NPR’s senior news analyst, frequently voice their opinions on political and social issues during appearances on networks other than NPR.

But here is what most reasonable Americans agree on: Juan Williams is also employed by what is perceived as the mortal enemy of the progressive movement in the United States…FOX News. Therefore, NPR’s Schiller applied a double standard in the firing of Williams and did so by interpreting what served her agenda regarding a technical aspect of Williams’ contract.

More important, the Williams’ controversy has brought to the forefront whether National Public Radio or PBS should receive any taxpayer dollars. Only 2% of NPR’s operating costs derive from taxpayers. The combined budget of PBS and NPR is not chump change. The revenue they receive for radio and television from American taxpayers each year totals nearly $420 million. To put this figure into perspective, the new health care law cuts the Medicare budget by $500 million over the next ten years. The annual budget for Medicare is $500 million. The operative question is: What is more important to the majority of the American people, the support of NPR and PBS or the health care for seniors, disabled, widows, widowers and their dependents?

Besides being on the public dole, NPR and PBS receive huge amounts of cash from liberal foundations and individuals, including billionaire George Soros who recently contributed $1.8 million to hire 100 reporters (two for each of the fifty state capitols in the United States). These reporters would be assigned to cover state legislatures for NPR. Soros is a major contributor to many far left radical causes. He is the Founder and primary funder of groups like MoveOn.org and Media Matters, two Internet websites which advance the far left political agenda in America. Soros’ political agenda includes the eventual move to socialized health care in America and he believes the United States is not served well by its free market economy and capitalism in general. Anyone who believes there would not be strings attached to Soros’ contribution to public broadcasting is, at best, naive.

But there is a little known fact regarding NPR and PBS which is connected with its programming. Many conservatives have long argued that NPR and PBS should not receive taxpayer dollars. The response from supporters of public television and public radio argue that programming like Sesame Street would disappear without taxpayer money. Nothing could be further from the truth. Go into any store that sells toys this Christmas and check out how many products are licensed by PBS. There is literally an army of high-priced lawyers who protect the licensing rights of Sesame Street products alone–which include Elmo, Ernie, Big Bird, Abby Cadabby, Zoe and Cookie Monster, to mention just some of the merchandizing which generates hundreds of millions of dollars for public television annually.

Subsequently, the firing of Juan Williams provided a service to the nation by exposing NPR and PBS to further scrutiny, not only concerning their liberal political content from a journalistic perspective, but whether nearly a half billion dollars of taxpayer money can be better spent.