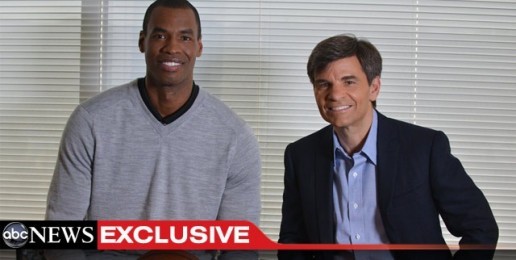 That was what I told the TV reporter the other day when he asked for my thoughts on NBA player Jason Collins.  In spite of that comment, they came to my office for the interview anyway.

When asked about this previously unknown mid-level player, I said “with 12 million Americans out of work, 48 million Americans on food stamps, and 32 million US adults functionally illiterate, an athlete announcing that he wants to have sex with other men isn’t really that newsworthy. It is all media hype.”

I also pointed out that, as a parent, I don’t appreciate hearing about the sexual behavior of athletes over the airwaves.  I didn’t like hearing constant coverage of Wilt Chamberlain’s claim to having slept with 1,000 women, and I don’t like hearing about this Collins matter at every top of the hour news break. What we should care about is how they play basketball.  I also said that we should never base our standard of what is right and wrong upon the behavior of athletes.

However, upon later reflection, I realized that this isn’t entirely true.  There are some things that can be learned from Jason Collin’s stunt.  For example, Mr. Collins’ announcement was a surprise to his former fiancé, Carolyn Moos, who played in the Women’s NBA.  It was also a surprise to Jason’s twin brother, Jarron.

The media may mention Ms. Moos, but they may not want to mention Jason’s identical twin too often.  Doing so may remind people that, unlike race, there is no genetic cause or “gay gene” driving homosexual behavior.  If there were, Jason’s happily married, father of three, twin brother would also be involved in homosexuality, and he’s not.

Another obvious point is the media’s intentional fawning over Collins and their desire to compare him to Jackie Robinson. (Robinson was a devout Christian who may not have appreciated a comparison between sexual behavior and skin color.)  Collins’ announcement that he wants to have sex with other men landed him on the cover of Sports Illustrated and a phone call of congratulations from President Barack Obama, and many more accolades.  There was no heroic act by Collins to earn him a similar comparison to the bigotry and attacks that Robinson faced.

It is a strange world we live in when we elevate athletes who deviate from natural norms, we heap fame on musicians who run afoul of the law or father multiple children out of wedlock and turn our backs on those of honorable behavior like Tim Teabow.  We mock or even attack anyone who stands for traditional values. All the while, we continue to wonder why we have so many social problems.

As  C. S. Lewis once complained, “In a sort of ghastly simplicity we remove the organ and demand the function. We make men without chests and expect of them virtue and enterprise. We laugh at honor and are shocked to find traitors in our midst. We castrate and bid the geldings be fruitful.” 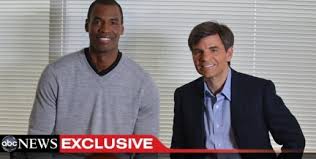 (The media, culture and the homosexual political agenda . . .a cartoon can sometimes say it like an entire 1200 word essay.)