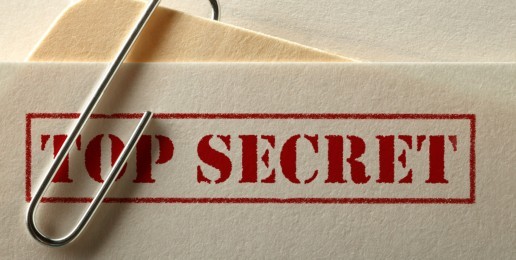 Perhaps by the time you’re reading this column, the primary results from the February 2, 2010 Republican gubernatorial primary will have been released. Yes, it’s taken one month for state officials to tabulate the numbers regarding the primary race between State Senators Bill Brady and Kirk Dillard.

I personally think this is ridiculous for a number of reasons; first of all, a lot of us care — Republican or Democrat. Illinois is one of the most important states in the union and the state’s residents have virtually been kept in the dark regarding the vote tabulations in the close race between Brady and Dillard. To say this has been frustrating would be an understatement. On election night, Brady’s lead was right around 500, but vote counts have shown the Senator from Bloomington with a lead dipping close to the 200 mark.

At first, I took my frustrations out on the establishment media in Illinois. Why weren’t we seeing day by day updates of who was ahead in the race? Where were reports concerning what safeguards were being taken to protect the integrity of the electoral process? It seemed like there was never an election to determine the candidate from the Republican Party who would run for Governor against the Democratic incumbent Pat Quinn.

However, an excellent column by Mark Brown of the Chicago Sun-Times explained Illinois’ arcane process when it comes to counting votes, and I thank Mr. Brown for taking the time to fill in us political neophytes.

As strange as it may seem, Illinois keeps no running statewide tabulation of election results.

The State Board of Elections, which oversees elections in Illinois, collects no results on Election Night or even in the days afterward. The state’s 102 county clerks aren’t required to report any results to the state board before Feb. 23, which most will accomplish by mail. The state board will then have until March 5th to announce its official tally.

The only authoritative statewide count until then is the one compiled by the Associated Press, which put Brady’s lead at 420 votes right after the election but hasn’t kept the totals updated since then.

In his Sun-Times column, Brown went on to explain that the only way Illinois voters could have received a running total concerning the race between Brady and Dillard was if it was conducted by an outside news agency, like the Associated Press.

Brown’s explanation makes sense. The powerful and once wealthy state of Illinois has an electoral system which depends upon a media source to keep residents informed about the results of elections.

But don’t worry, I’ll take the blame. When Saturday Night Live funny man Al Franken and then incumbent U.S. Sen. Norm Coleman were running neck and neck in the 2008 general election in Minnesota, the public received reports on this race almost daily. The sad thing is, I forgot that this is Illinois and that my expectations for the same kind of efficiency from those running the electoral show in this state were foolish. Well, perhaps I shouldn’t be so rough on the State Board of Elections and the media because they were only working within the system provided for them.

I am very glad Mark Brown took the time to address the minutiae involved with the way votes are counted in Illinois. Everyone should take a moment to read his column. Brown also called the fact that a running vote tally was not available “a dirty little secret known only to political insiders.”

Now, thanks to Brown, the “dirty little secret” is out and, according to his column, on March 5th you all will have learned who won the Republican gubernatorial primary–which should not be a secret. Mr. Brown, you wrote a “lovely” column.