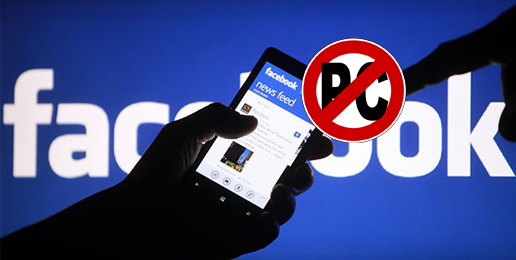 I hope, kind readers, that you will read this true tale of the Facebook (FB) Overlords to its troubling end.

Caution: This article contains obscene language (not mine)

Part I of A True Tale of the Facebook Overlords

In a pre-dawn raid on January 27, with virtual guns a’blazing, countless faceless Facebook Overlords scooped me up and threw me in the slammer. The indictment charged me with “violation of community standards”—very peculiar standards, as I came to learn. More on that later. The Overlords’ sentence: 3 days in the hole and the threat of exile to a secret penal colony in Australia.

Below are my three Facebook posts, posted between Dec. 5 and Jan. 27, that I was told “violate community standards.” I was also told that Facebook has “Community Standards to encourage people to express themselves and connect with each other in a way that’s respectful to everyone” (asterisks added to avoid FB jail):

2.) My thoughts on yet another tr*nny-penned New York Times commentary, this time about Twitter and “misgendering.” 🙄

I was banned for no reason other than my use of the word “tr*nny.” Don’t believe me? Try posting “tr*nny” on your FB page and make it public.

There is nothing threatening or bullying about my comments. Nor was I—to use the Overlords’ language—“purposefully” targeting “a person with the intention of degrading” him. I don’t know how the Overlords can discern someone’s intentions. Maybe FB Overlords possess Jedi force-sense.

Part II of A True Tale of the Facebook Overlords

This is where the tale gets more disturbing.

On Jan. 4 at 11:23 a.m., someone identified as Chicago DJ “Mike Lowe” publicly posted the following in the comments section under an Illinois Family Institute Facebook post on the legalization of marijuana:

I banned him from IFI’s FB page and copied his comments onto my personal FB page, so people could see the tolerance of a Leftist. Then at 4:19 p.m. that same day under a fake Facebook account with the name “Mitch McDougalsworth,” Lowe sent this FB message to me:

So, you block me, then copy my Statement on your page for your loser friends? You’re f*cked btw. Should’ve thought before acting. See you soon!

DJ Mike Lowe/Mitch McDougalsworth wasn’t done with me. He sent another message under a new FB account with the fake name “Clarissa Pollack“:

That’s a good girl. Using your head for once I see? You get a cookie AND a special gold star treat for being a smart, good girl next time I get a chance to see you!! 🙂 Use YOUR F***ING HEAD. “YOU HAVE NO IDEA WHO IS WHO, WHAT IS WHAT, OR WHAT LIES IN THE WORLD BEYOND YOUR LITTLE RELIGIOUS, BRAINWASHED FANTASY. Have a blessed day! Watch it now! 😉 Ya hear?

After receiving the first two messages, I reported him to Facebook, and here’s where our story gets yet more disturbing. Facebook responded with this:

Thanks for letting us know about this.

We reviewed the content you reported and found that it doesn’t go against our Community Standards. Community standards violations for messages include:

-Bullying or harassment: content that appears to purposefully target a person with the intention of degrading or shaming them, or repeatedly contacting a person despite that person’s clear desire and action to prevent contact.

Facebook Overlords have deemed the use of “tr*nny” a violation of community standards, but calling a woman an f***ing c*** and implying a threat does not. Got it.

I wonder, could ideological bias be involved in the Overlords’ peculiar community standards? hmmm…

For the uninitiated, “tr*nny” is not universally viewed as an epithet by members of the “trans” cult. Four years ago, some in the “trans” cult took the infamous cross-dresser Ru Paul to task for using the word “tr*nny” on his loathsome “reality” television show Ru Paul’s Drag Race to which he responded,

I love the word “tranny.” It is not the transsexual community [who objects]. These are fringe people who are looking for story lines to strengthen their identity as victims…. They’ve used their victim-hood [to say] “I want you to see me the way you’re supposed to see me”.…  [D]on’t you dare tell me what I can do or say. It’s just words. Yeah, words do hurt… You know what? … You need to get stronger…. because…  if you’re upset by something I said, you have bigger problems than you think.

While Ru Paul’s view may be illuminating, it has no bearing on my choice to occasionally use “tr*nny” on my personal FB page.

Some may wonder why I ever use the verboten “t” word. There are two reasons: First, it’s shorter and less cumbersome than “transgender.”

Second, and more important, capitulating to yet another rhetorical demand by the “LGBTQQAP” community, aided and abetted by other tyrannical Leftists, is dangerous. George Orwell warned us what this kind of language control is intended to do in his description of Newspeak “the official language of Oceania” which “had been devised to meet the ideological needs of IngSoc, or English Socialism”:

How long before “trans”-cultists decide that “transwoman” is an epithet and must be banned? After all, they have proclaimed that men who masquerade as women are women. What if they decide that “transwoman”—which implies a distinction between fake-women and real women—is offensive and must be banned? Will we acquiesce again out of fear or in the service of some sickeningly sweet, insalubrious imitation of real love?

If one group gets to decide what language others may, may not, or must use (e.g., goofy or grammatically incorrect pronouns), why aren’t the desires of conservatives similarly respected? Conservatives don’t like “transphobe” or “homophobe,” both of which imply irrational fear and hatred of persons. While I hate the ontological and moral beliefs of the homosexual and “trans” ideology, I don’t hate persons, so those terms are offensive, false, and potentially dangerous. Do the FB Overlords throw users of those terms in FB prison?

We owe no ignorant and destructive ideology respect. What we owe people is biblical love, which is inextricably linked to truth. Biblical love does not entail refraining from criticizing immoral, body- and soul-destroying behavior. And it does not require us to speak the truth using only language that affirmers of egregiously offensive behavior deem inoffensive. #CivilDisobedience