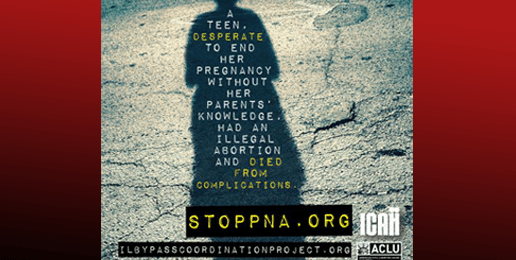 The Illinois General Assembly overwhelmingly agreed this spring that it should be illegal for any minor 17 years or younger to use a tanning bed in Illinois, even if their parents approve. Why? Tanning beds can overexpose sensitive skin to harmful ultraviolent rays and increase the likelihood of melanoma—a deadly form of cancer.

The state isn’t shy about protecting minors from other potentially-harmful activities. Minors under the age of 18 are banned from purchasing tobacco products. They need parental permission to be tattooed or pierced. And in Illinois, no one under the age of 21 can legally purchase alcoholic beverages.

But when it comes to sexual health, so-called “reproduction rights” advocates have successfully organized and pressured Illinois lawmakers to uphold children’s privacy over parental rights and responsibilities. Indeed, Illinois law allows minors age 12 and above to seek counseling and medical treatment without parental notice or permission, if the 12 year old thinks he or she may have been exposed to a sexually-transmitted disease. And that so-called “treatment” now allows medical personnel to give HPV and Hepatitis B shots, without parents knowing.

The same activists vehemently disagree with Illinois’ newly-implemented parental notification law. Within days of the Illinois State Supreme Court forcing into effect an 18-year-old state law requiring medical personnel to notify parents of underage girls of their abortion intentions 48 hours prior, pro-abortion forces set into motion a counter offensive to undermine parents and repeal the law.

The StopPNA.org campaign, organized by the Illinois Caucus for Adolescent Health and the ACLU, is urging calls to state lawmakers and is meeting to discuss moving forward legislation that would repeal Illinois’ parental notification law.

The group argues that parental involvement in their minor daughters’ reproductive health care is intrusive and obstructive. Contemplate this anti-parent statement on their website:

“Due to the stigma and shame of abortion, along with troubling parental/home/abusive circumstances suffered by at least a third of youth, it is imperative that young people have unfettered access to abortion. We need to ensure that young people access safe procedures performed by medical providers.”

At this point, 37 state legislatures have recognized that notifying parents before a minor accesses abortion is simply common sense. Who, besides the child, deals more with the consequences of medical treatment gone awry? Who knows more about a 12-year-old child’s medical history? And who is more entitled to know if a crime has been committed against their underage daughters?

The National Abortion Federation reports that 70 percent of girls 13 years old and younger who have had sex say that sex was forced on them. Sexual acts with children 17 and under are felonies in Illinois, whether the perpetrators are adults or minors.

What sexually-assaulted 12-year-old facing pregnancy and considering abortion would fully comprehend the potential legal and physical complications without a trusted family member or concerned adult counseling them? Abortion clinics are not known for being protective of their clients’ welfare. On several occasions, citizen journalists have documented Planned Parenthood staff counseling minors how to avoid reporting sexual assaults.

In contrast, imagine what would happen if a tanning bed operator offered backroom tans to kids.

Abortions on minors are not rare. In 2009, 251 girls under the age of 14 and 2,734 15- to 17- year olds underwent surgical abortions in Illinois. The numbers remained fairly consistent in 2010 and dropped slightly to 2544 underage abortions in 2011. Estimates are that 67,928 documented underage abortions have occurred in Illinois since 1995, when the law was signed but challenged and paused by pro-abortion activists.

It remains to be seen whether the law will prevent abortions, but abortion clinic owners are likely to have growing concerns about diminishing profits now that they must contact a parent of an underage girl 48 hours before she is scheduled to have an abortion

In the meantime, rest assured parents, whether you approve or not, your kids will not be getting artificial tans in Illinois, because they are outright banned.

Illinois Thinks it is a Better Parent than You