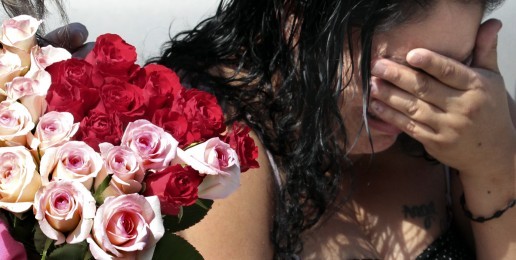 A recent Tribune editorial lamented that since the nuclear family is the best answer to gang violence, and poverty, etc. why is so little done to encourage the family?  What that writer and most of Americans apparently don’t know is that since the ’60s there has been an all out war against the family.  The family has become THE ENEMY of the Left!Those of us old enough to remember the ’50’s know that the culture has been reversed.  Leave it to Beaver has been replaced by Jersey Shore.  What was good in those days is now considered bad.  Yes, the family is the best answer to these and other social ills, but we will not see the family promoted because the traditional family impedes the sexual liberation the Left seeks.  A “New Kind of Family,” which is actually the “anti-family” is being shoved down our collective throats.  The country has been flipped up-side down!  Today, organizations that promote the traditional family such as Illinois Family Institute and Family Research Council are publically named as “Hate Groups!”  And, so long as we continue to trash Judeo-Christian values, reject God (He’s the one who created the family), and elect thin-skinned politicians who value their six-figure public sector incomes over the well-being of children, things are only going to get worse.Do you wonder why, with thousands of shootings, hundreds of murders annually including a highly-publicized killing of a young woman and a baby in Chicago, nothing is done?  Do you scratch your head in wonderment that after 20 children and several teachers are gunned down in Connecticut, nothing changes?  It really is simple.  When traditional families are a strong force in culture, their values make a difference.  Hollywood would not be nearly as successful in glamorizing its violence and moral sewage, and politicians would not be able to exploit all the poor with handouts that garner them votes.  But, since the ’60s, license and immorality have become kings.  The greatest “good” is not helping others or sacrificing one’s self for the benefit of others, but rather, “Don’t let anyone tell you what to do!”   Doing whatever one wants to do is now the paramount “virtue!”  These things trump all other values, including the very lives and well-being of helpless children.  Sexual pleasure, as all pleasures, is like a drug, and drug addicts are known for neglecting even their own need for food in order to get another fix.  That is the state of affairs in American culture.  Pleasure is the summum bonum of the cultural elite.  Honestly, can you find one TV program that promotes a healthy intact family?  Hedonism is the heart and soul of Hollywood and the media Left. A liberal talk show host, without a hint of irony, comments that America is a better country today than it was fifty years ago!The majority of Americans believe that abortion ought to be limited, yet the Left yields not an inch.  Why?  You connect the dots!  Abortion on demand is essential to sexual “liberty!”  Have we forgotten the rallying cry of the ’60s?  Yes, it was “Make love, not war!”  Proponents of the sexual revolution looked forward to a time when people could “make love” anywhere, anytime, with anyone.  Having to carry the consequences of their pleasure for nine months is an unacceptable burden on their pleasure.   Well, they have pretty much gotten their way—over the bodies of literally millions of children and babies.  Making a traditional family successful in and of itself requires sacrifice, hard work, discipline and dedication.  When was the last time you heard those values trumpeted on prime time TV?  Without any outside opposition, creating a happy family is tough enough.  After five decades of bitter attacks from the Left, Hollywood, and even one of our major political parties, it is amazing the family has survived at all.  If you check out Europe, however, you will see America in ten years:  The traditional family in some countries there has nearly disappeared.When I first heard of the movement to give legal status to same-sex partners, I wondered why would people who literally parade their wanton sexuality before the public want marriage in the first place?  It’s like active gang members seeking membership in the Boy Scouts!  Now it is clear.  They want marriage because by their inclusion, the high esteem which traditional marriage has enjoyed will be further eroded.   The stigma historically attached to same-sex relationships will fade.  After all, if there is no “normal,” how can any relationship be considered abnormal?  So, like all the other forces pressing against the family, the homosexual lobby seeks its own pleasure over the well-being of children.I, like many others, had to sit through the movie “Silent Spring” as a teen.  It portrayed a time when the environmentalists would be the only ones who had a somewhat normal environment—hot  houses in the midst of global devastation because the rest of us had destroyed the planet.  Then, in a jealous rage, those who had done the destroying turned against the environmentalists and smashed their safe havens.  If everyone couldn’t have clean air, neither could they!  Well, their scenario never materialized, but what we are witnessing is chillingly similar.  Apparently, because the Left has not found the utopia they expected in their libertine lifestyles, they are determined that no one should have a quality life or even a happy childhood.  Maybe that is what the First Lady meant when she said, “no one should prosper until everyone prospers.”   Well, there will never be a time when everyone prospers.  Therefore, the consequence is that no one will be allowed to prosper.  With the Left, our cultural collapse is by design.So this is now the American dream?