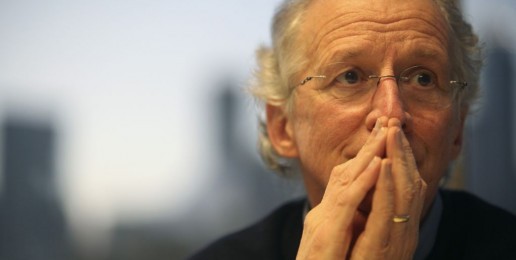 The Star-Tribune article about my sermon this past weekend got it partly right and partly wrong.

The part that they got right was that I did not give a public endorsement for any legislation or candidate.

But they got two parts wrong.

First they say, “Key Minnesota pastors opt out of marriage fight.” I didn’t opt out. I opted in. What is at stake more than anything else is the meaning of marriage and how important it is for the common good and for the glory of Christ. That was the main burden of the message. Marriage is the sexual and covenantal union of a man and a woman pledging life-long allegiance to each other as husband and wife. There is no such thing as so-called same-sex “marriage.” That is clear in God’s word.

The second mistake is to say that I “have not encouraged members to take a stand on the issue.” That is, in fact, the opposite of what I was saying in the last two points of my message (points 7 and 8).

The aim of point 7 was to help our people know how to vote on the marriage amendment. The question for all of us is, Which of our beliefs about what is good for the common good should be put into constitutional law? I gave four guidelines. The aim of those guidelines was not to discourage our people from “taking a stand” but to help them take an intelligent one.

The aim of point 8 was that over the long haul Christians will take clearer, stronger, more effective stands for justice and righteousness and the common good if pastors and preachers speak powerfully and faithfully and biblically to the moral and spiritual and ethical and theological issues surrounding political issues, rather than advocating particular candidates and laws. I gave several historical illustrations of how this has worked.

Therefore, I encourage all Christians to think this through, and to take a stand, and to be as active in the political process on this issue as their conscience dictates.

John Piper (@JohnPiper) is the Pastor for Preaching and Vision at Bethlehem Baptist Church (Minneapolis, MN) and the founder of Desiring God.