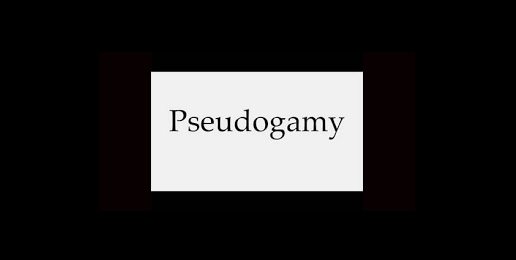 There are a number of issues that divide and/or confuse conservatives, including the claim that marriage should be left to the states. Some conservatives argue that whether homosexual unions should be legally recognized as marriages is a matter left to the states. This claim is vociferously opposed by other conservatives. The origin of that claim is the battered, beleaguered U.S. Constitution, specifically the Tenth Amendment which states that “The powers not delegated to the United States by the Constitution, nor prohibited by it to the States, are reserved to the States respectively, or to the people.”

So, the argument goes that since the U.S. Constitution says nothing about marriage, the power to regulate it is reserved to the states.

The confusion or disagreement among conservatives and between conservatives and liberals arises over what precisely states are entitled to do with regard to marriage. In order to answer that question, a prior question must be addressed: Is marriage a thing at all? Does marriage have an ontology—that is to say, a nature—that each state merely recognizes and regulates, or is “marriage” just a word with no inherent meaning that the states may infuse with any fanciful ideas people can imagine?

If marriage has no nature, no inherent, constituent features, then the people can justifiably fashion it into anything. They can re-imagine it as a poly-structure (multiple-partner marriage); an age-diverse, intergenerational structure (children or teens marrying adults), and/or an incestuous structure (close relatives marrying). The states could conclude that marriage—being wholly a social construct with no inherent features—can be construed as either an erotic/romantic union or a wholly platonic union.

Some naively argue that neither the states nor the supremacist Supreme Court would ever permit adults to marry minors because minors can’t give consent. Silly naïfs. Here is a blueprint for ever-evolving “progressives” to follow in order to once again redefine marriage:

Cross-generational sexuality may serve to reinforce such assumptions—the child is a child, the adult is an adult. But it also harbours the potential to suggest that the child is an adult and the adult is a child; that such categories are neither fixed nor universal. Such meanings are likely to be relatively rare, given the dominance of our developmental view of age. But the constructionist view at least signposts a greater flexibility than is usually thought.

Plummer is suggesting that cultural opposition to sexual relations between children and adults is a consequence of fallacious theories about child development.

3.) Find some social “science” research (including even poor studies) that demonstrates that children are not harmed and may be helped by “intergenerational intimacy.” Papers like the one from which this excerpt derives portend the future:

Intergenerational intimacy, social as well as sexual, has been studied in the United States and abroad for some time. In recent years the general trend has been to label such behavior “child sexual abuse.” Interest in this type of abuse has generated a considerable amount of more or less scientific literature, some of which seems to have been produced in a “rush to judgment” attempt to build a “professional” literature that supports popular beliefs. This tradition of child-abuse-defined literature, along with the work of investigative and helping agencies which some refer to as a “child abuse industry,” has fostered a one-sided, simplistic picture of intergenerational intimacy. A close look at the empirical studies in this tradition reveals flaws associated with two problems: the studies nearly always (1) maintain a narrow focus on sexual contact, and (2) proceed from the related basic assumption that sexual contact in intergenerational relationships by definition constitutes abuse. While sexual abuse certainly occurs, those who apply this assumption to all situations are ignoring empirical findings that show otherwise.

Follow these Deviance for Dummies instructions and, abracadabra, marriage will become even more inclusive. Marriage “equality” will expand to include those whose right to marriage had been unjustifiably denied. Finally, intergenerational couples like interracial couples will no longer be treated as second class citizens. If the Left can eliminate the most enduring, cross-cultural constituent feature of marriage—sexual complementarity—they will surely be able to eliminate the criterion regarding minimum age.

But perhaps marriage has a nature. Perhaps there are features that must be present in a union to make it truly marital and without which a union ceases to be in reality a marriage. If that’s the case, then neither the states, nor supremacist judges have a right to jettison them. I suspect that our Founders and all Americans until the latter half of the latter half of the 20th Century presumed that marriage has an indisputable, inherent nature central to which is sexual complementarity and without which a union is not and cannot be marital. Therefore, the unspoken assumption would have been that states have the right to tinker with certain peripheral aspects of this thing universally understood as marriage but not to extract from it its sexually-differentiated essence and foundation.

Now, back to the question about the power reserved to the states with regard to marriage. All conservatives would agree that the states have the right to regulate marriage. States have the right, for example, to establish requirements regarding blood tests, teen marriages, and waiting periods between application for and receipt of a marriage license. But states would not be justified in declaring that inherently non-marital unions are marriages. Since cross-culturally and historically, everyone understood that the central constituent feature of marriage was sexual complementarity, it would have been absurd to claim that the state is justified in declaring that marriage includes non-marriage.

Similarly, the issuance of drivers’ licenses is a power reserved to the states. No one would sensibly argue that, therefore, states are justified in declaring that the term “driver” now includes non-drivers and require pedestrians to apply for drivers’ licenses.

Nor may states, which have the right to regulate education, justifiably change the definition of “education” to include non-schools. So, for example, while the state can mandate that schools teach particular courses, and can establish the length of the school day and year, the state cannot justifiably declare that non-educational institutions like roller rinks are educational institutions.

Conservatism means to conserve. Anyone who believes that the reserved powers referenced in the Tenth Amendment justify states not merely regulating at the periphery the institution of marriage but also recognizing non-marital unions as marriages is no conservative.

“In essence, the conservative person is simply one
who finds the permanent things more pleasing
than Chaos and Old Night.” ~Russell Kirk