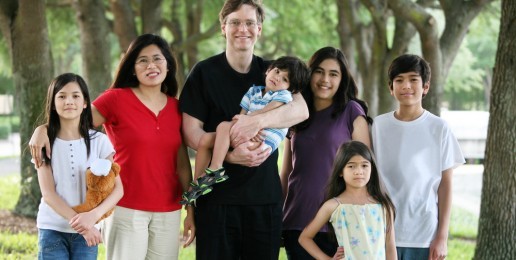 You’ve got to shake your head a little at the exploding number of folks on the streets shouting and holding signs saying, “We’re taxed enough already!” or “Smaller government, less taxes!” or the ever popular “Free markets, not socialism!”

The problem is most demonstrators offer no solutions, except to “Throw the bums out!”

Those angry protestors have realized that as a nation, we’re in a mess. Rather than get angrier and angrier about what’s happened, the question should now be what do we do to get out of it?

Over the past few years, conservatives have been hammered to talk about limited government, individual rights and free markets. Okay, we get it — the bigger the government, the bigger the federal and state budgets, the greater the demand for revenue and the more the state dips into our pockets.

The more we pay into the state and federal coffers, the less we have in our family budgets. The less discretion we have in determining where our hard-earned money goes, the harder the family’s members have to work to meet basic needs. We’re forced to pay taxes rather than buy the groceries our growing children need.

How did we get in this mess? Is it all Congress’ fault? If we lived in a country where we had no voice in government matters, we would be justified in placing blame at our lawmakers’ feet.

Instead, we need to own up to where we’ve failed ourselves and our posterity. This is not fun to write, but friends, we really have no one to blame but ourselves.

We say we want smaller government, but we rush to state services to care for our children while we work, to educate them when they are old enough to enter school. In many cases, we take advantage of “free” school breakfast and lunch programs, increasing our and our children’s comfort with the Nanny State.

We ask the state to help us when we can’t afford to buy a house we want and we look to the state to bail us out if we run our credit cards too high. Now we’re asking the state to provide our health care needs and shelter and feed Grandma and Grandpa when they get too old and bothersome.

And when it comes time to vote and voice our opinions to those lawmakers, we stay home, disengaged in the process and contributing directly to our own economic distress.

Everyone can excuse their need for turning to the state rather than the family or the church when things get tough. The state is there, accessible, and there’s little or no accountability. At the same time, families are sapped and drained, and modern day churches are often more focused on growing programs than helping families through emergencies.

When a family doesn’t provide for its own, and the church isn’t in tune with the body’s needs, in most cases, the state is the only place left to go. The more needy folks turn to the state, the bigger the demand for state’s provisions, the bigger their budget, and the more demands on taxpayers to provide the needed revenue for those programs.

These days, more and more political action groups and non-profit think tanks shy away from discussing traditional family values. They tell us not to write or talk about the value of the traditional family, one-man/one-woman marriage and the sanctity of life because it is divisive and inappropriate. They also tell candidates to focus on jobs and the economy rather than touchy social topics.

The fact is you can’t avoid traditional family values, because they are the basis of a free society. Without a strong traditional family, there’s an urgency for others to step in, increasing the size and grip of the Nanny State and her demands for our hard-earned resources and energy.

We end up serving the Nanny when she’s meant to assist us. And that causes nothing but more and more societal dysfunction.

It’s time for us – traditional family proponents – to speak up and direct the way out of this mess. It’s time for us to extol publicly the values of healthy, nurturing families that raise and train up children to be productive, independent and most importantly, dependent on the Heavenly Father for their wants and needs.

The traditional family is the answer to the frustration so many are voicing these days.

You want smaller government? Strengthen your family. Your want more individual freedoms? Teach yourself and your kids self-control. You want free markets? Teach the value of hard work, competition and the rejection of corruption and greed.

We need to accept responsibility for allowing our nation to get in the mess we’re in. But we also need to boldly proclaim the way out, and that’s with the resurgence of the traditional family and a return to dependence on the one source that can truly provide for all our needs.